Dan Mullins has become seriously afflicted with the Camino virus.

On a whim, and with his wife Jennifer’s blessing – indeed encouragement – he walked a long section of the Camino last year.

It changed his life.

He came back not only imbued with all things Camino, but being a high achiever as Dan is – he’s one of Australia’s top radio producers, and has produced the country’s highest rating breakfast radio show for more than a decade – and being familiar with radio production, he started a Camino podcast, called My Camino.

Here’s a link to it –
https://player.whooshkaa.com/shows/my-camino-the-podcast

Dan created the podcast to not only get the word out to a global audience about the Camino, but also as a means for he himself to learn more – and perhaps also to keep the Camino fires burning within himself.

Those fires burned alright – and they torched him into doing another Camino this year, from Lourdes in France to Santiago de Compostelo.

This Camino though was different – Dan is a muso. On weekends he sings and plays guitar professionally in pubs, largely doing terrific cover versions of classics – everything from Bruce Springsteen to Dylan to The Eagles. He has more than 400 songs in his repertoire.

So on this last Camino, he “sang for his supper,” as he said – and each night after walking sometimes 30-40kms, he played to his fellow pilgrims. Sometimes to small groups, other times to crowds. Everyone loved it.

Check out his podcast and you’ll hear his account of it all.
https://player.whooshkaa.com/episode/?id=151718

Dan called me the other day and asked if I’d be interested in doing an interview on my movie – PGS – and how the Camino prepared me to make the movie. I jumped at the offer!

How freaky is that?

Anyone who’s read this blog long enough knows that it was at 4:44am on a morning in mid 2014 that I had a prophetic dream which triggered me into making the film – and in fact we’ll be releasing the movie on VOD on 4/4 and 4:44pm next year.

Here now is that interview –
https://player.whooshkaa.com/episode/?id=157542 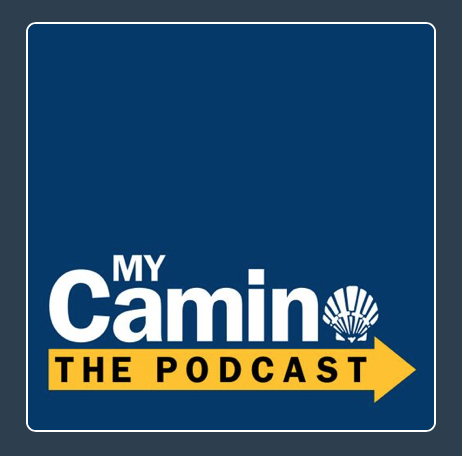