How did I fare with my predictions?

It was always going to win Best Foreign Film – but in winning Best Picture it made history by being the first foreign language film to win the top gong.

Most of the Oscar pundits got it wrong – and so within that context I did ok with my predictions. But before I go through my audit I just want to say that I still feel that 1917 should have won Best Picture and Best Director for Sam Mendes.

That said, Parasite is an extraordinary piece of work. It’s exquisitely made, and devastating in its social commentary. And I haven’t seen a film in a long time that uses symbolism and metaphor so powerfully.

So, how did I go with my predictions? Here is my list, detailing what I got right and what I got wrong –

Best Costume Design
Once Upon a Time in Hollywood
BB: Dolemite is my Name
WRONG / LITTLE WOMEN

And Scott Feinberg, Oscar expert from the Hollywood Reporter (considered the best Oscar pundit) only got 17 out of the 21 categories – one more than me. So I didn’t do too badly this year.

What a great year for movies though! One of the best for a long time.

I have to revise my predictions.

I’m in LA and have just seen 1917. I had made my predictions earlier not having seen the film – based on reviews, guild wins, and industry momentum.

Having seen the film now I put it as my pick for Best Picture ahead of The Irishman.

And Roger Deakins is a slam dunk for Best Cinematography, as is Sam Mendes for Best Director.

It’s an astonishing piece of work all around. 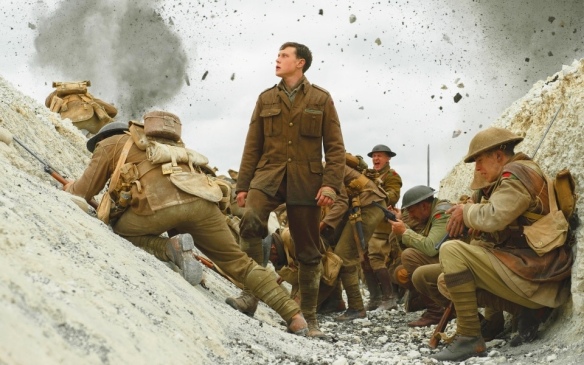 Each year, as many of you who follow this blog might know, I make my Oscar predictions.

I’m normally pretty good, with a strike rate usually in the mid 90%.

This year it’s going to be more difficult, because surprisingly at a time when cinema is dominated by Star Wars movies or Marvel or other bonehead super-hero movies, there have been a lot of standout “real” cinema films released.

I say that because Martin Scorcese started what turned out to be a spirited debate last year by claiming that comic book super-hero movies weren’t cinema.

Here is his Op-Ed piece in the New York Times that started it all:
https://www.nytimes.com/2019/11/04/opinion/martin-scorsese-marvel.html

Martin Scorcese is one of the greatest film directors of all time. He’s been nominated for an Oscar more times than any other living director. His films include Taxi Driver, Raging Bull (my favourite), Goodfellas, and most recently The Irishman.

Essentially, what Scorcese said was that “cinema was about revelation — aesthetic, emotional and spiritual revelation. It was about characters — the complexity of people and their contradictory and sometimes paradoxical natures, the way they can hurt one another and love one another and suddenly come face to face with themselves.”

He upset a lot of people by saying that the superhero movies have none of that. He was supported by Francis Ford Coppola, another legendary director – director of The Godfather movies, and my second favourite war film of all time – Apocalypse Now – second to Stanley Kubrick’s Paths of Glory.

Standout films this year, for me, were:

I haven’t seen all the nominated movies this year because I’ve been working on a new novel – Again, I Die – and a new movie – Facing Fear. And I live in Mudgee 4hrs drive out of Sydney and we don’t have a working cinema in town, sadly. So my predictions will be a bit of throwing darts at a board, blindfolded.

However, for me the top film of the year without a doubt was Joker. It was everything I want cinema to be – audacious, challenging, shocking, innovative in craft, and political. It was a movie that could be read either way on the political spectrum. And it was a film that spoke boldly about where we are right now, and where we might well end up. Joker for me was not only the best film of the year, but the best film I’ve seen in a long long time.

For sheer audacity though, it’s hard to beat JoJo Rabbit.

I predict Joker will win a slew of awards but not the top gong, because ultimately the Oscar voters are a bunch of elderly white rich dudes that are fairly conservative in their views. The fact that Joker was a huge financial success, taking in more than $1bn at the box office, will certainly help its chances.

But for me, the big tussle for Best Picture tonight I believe will be between The Irishman, Sam Mendes’ 1917, and Quentin Tarantino’s Once Upon a Time in Hollywood. If The Irishman wins, it will be a huge coup for Netflix, which financed the movie. Traditional distribution shied away from Scorcese’s high production budget – but Netflix with huge resources at its disposal wrote the cheque – and if the movie wins Best Picture tonight it will further validate the position of the streamers in modern filmmaking.

Another film made for streaming was Marriage Story. I didn’t get that movie. There were several much better “kitchen sink” dramas made in the 70s. It gave me no great revelations about the human condition, or the times we live in. Two Popes did that in spades. I loved that movie.

Okay, so here are my predictions. As I say, this year is wide open with so many outstanding movies – but here goes:

Oh, and this year I’m adding the film or person that I believe deserved to win!

Best Sound Mixing:
Ford vs Ferarri
BB: a tie between  Rocketman and Joker

Best Costume Design
Once Upon a Time in Hollywood
BB: Dolemite is my Name

Like I said, this year is incredibly hard to pick. I’m currently in LA and I’ll be flying back home tonight while the Oscars are on, so I’ll have to wait until I land Tuesday morning Sydney time to see how I did compared to who actually won.

What was hugely pleasing for me this year though was that there was a bunch of very fine films that were actually made for adults. Scorcese was right – this is cinema.

I was on my walk this morning –

And it was smokey, from the bushfires.

The bushfires haven’t affected my town directly. I live in Mudgee, a beautiful wine-making town about 4hrs drive north-west of Sydney. The bushfires have come close to the town, and the smoke has at times been dense.

Anyway, I was about halfway into my walk, heading out through the vineyards, when a truck pulled up beside me.

A bloke leaned out of the cab of his battered 4WD, and he held up a face-mask. The kind you get from pharmacies to put over your mouth and nose to filter out the bad air.

Mate, you need this?

I didn’t know this bloke.
He didn’t know me.
He was a stranger.
He looked like a bushie – someone who lives and works in the bush.

I was knocked out by this random act of kindness.
I said No thanks, I’m fine – and he nodded and drove on.
And I kept walking.

It was a small gesture, I know, but it meant a lot to me. And I began to think of all the random acts of kindness that are happening around our country at the moment, in the face of these devastating bushfires.

The firies, as the firefighters here are called, are largely volunteers – and they are literally putting their lives at risk each day to save lives and property. And they ask for nothing in return – not even recognition or praise.

Jennifer and I know one of these firies – someone close to us – and we have such admiration for the job he, and other members of the Rural Fire Service, are doing.

They would rail at being called heroes.
They just do what they’ve been trained to do – deal with firestorms.

When things get tough, the true character of a person comes to the fore.
And you see the world more clearly.
What’s important.
What’s dear to you.
And what’s unimportant.
What really doesn’t matter.

So much really doesn’t matter, does it, when it comes down to it.

Most of all –
Love matters.

As followers of this blog know, at this time each year I do an audit of what I achieved this past year, pegged against what I said I wanted to achieve – and I set out what I hope to achieve the coming year.

How did I go? Well, as you’ll see from below it’s been another very busy year. I did some, didn’t do some. Here’s what I wanted to achieve in 2019, and what I did achieve –

In amongst all that I want to go visit exotic places, meet wonderful people and renew/refresh friendships, and have fun with my extraordinary life partner Jennifer.

I’ve come to the conclusion I’m a narcissist.

The mere fact that I’m writing this post – that in fact I have a blog at all, and in my own name what’s more – proves that I’m a narcissist.

I expect that others will be interested in my thoughts – that is, me – because I am what I think.

I wasn’t always a narcissist.
I’ve become that way.
I’ve been required to.
It’s been a case of either become a narcissist or die.

Social media demands that each of us flaunt our narcissistic tendencies. We want people to like us. We acquire self esteem through our number of likes. Our sense of worth is no longer measured by what car we drive, or what house we live in – it’s measured by our following. Our community. How many friends we have.

I have nearly five thousand friends on Facebook.
I know maybe 200 of them.
I’m friends with maybe 100 of them.
That’s all I have time for.
Friends require time.
And I don’t have a great deal of time,
because I’m too busy being narcissistic.
Finding new friends.

We have come into an age where we’re not only allowed to be narcissistic, it’s de riguer. In fact, if you’re not narcissistic there’s something wrong with you.

Being narcissistic and being humble aren’t mutually exclusive. In fact, they’re bed-fellows. I know people who tell people how humble they are.

I’m now going to post an image of myself on this blog.
What a wonderful act of narcissism.
Which photo should I choose?
There are so so many.
My god I’m handsome.
This is so difficult – choosing…
Me pensive?
Me virile?
Me ten years ago?
I know – I’ll choose this one…

I’ve decided to retitle the blog – to just…

Anyway, this allows me to blog about stuff that’s not Camino related necessarily – because as you know the blog began in April 2013 to document my walking the Camino de Santiago.

But the blog has gradually shifted away from that – to encompass my film work, my novels, and general stuff which interests me and I hope interests you.

There will still be Camino posts from time to time, because my engagement with the Camino is ongoing – but this new look/new title better suits the range of material I am now exploring.

I will also be blogging now at least once a week, and more if something comes up that I want to share with you.

I enjoy writing blog posts. It’s a different form of writing that requires different rules, different rhythms. Writing blogs has informed my writing style in other areas. It’s subtle, but to me it’s been revelatory.

Anyway, I feel refreshed.
Shiny and new!
A new look to go into the new year.

Stay with me because I’m going to have fun!