Today we left in rain and hence no photos.

It was to be a long day – 20kms +, broken up by a jump to Vigo to meet some sponsors of this walk – the medical firm Bupa. 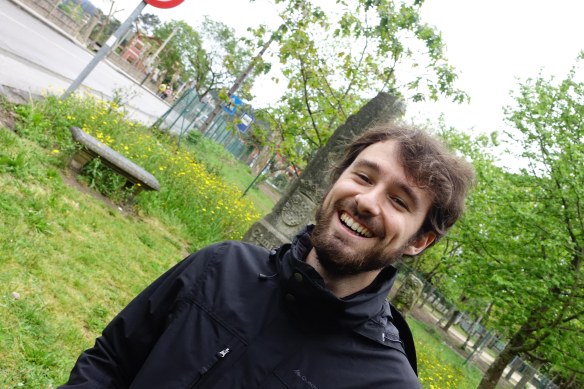 Here is my lunch in Redondela – freshly made tortilla with potato, accompanied by Spanish ham and cheese. Total cost: €3. 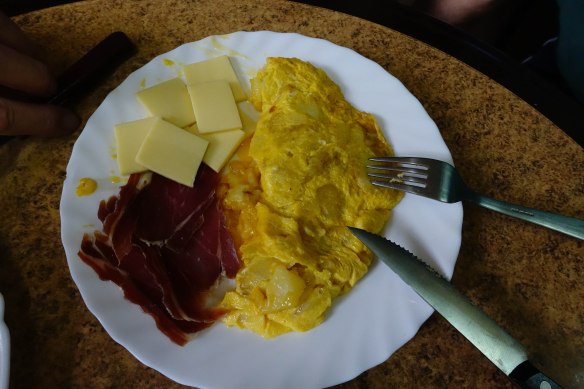 We then had to meet up with Antonio to get the van to Vigo, for a meeting with the Bupa people. Antonio said he was under the iron bridge, near a Froiz (supermarket chain), beside a park that had a river running through it, next to a big carpark.

We followed the iron bridge to a park with a river running through it, with a Froiz adjacent, next to a big carpark.

I called him, he insisted that that was where he was.

I couldn’t see him anywhere.

After nearly an hour, I discovered that Redondela has TWO Iron bridges, each beside a park with a river running through it, each near a Froiz supermarket, each next to a big carpark. One is up one end of the city, the other up the other end.

We finally met up, laughed, and went to Vigo where Laurie and some of the carers on the tour met with the lovely people from Bupa. 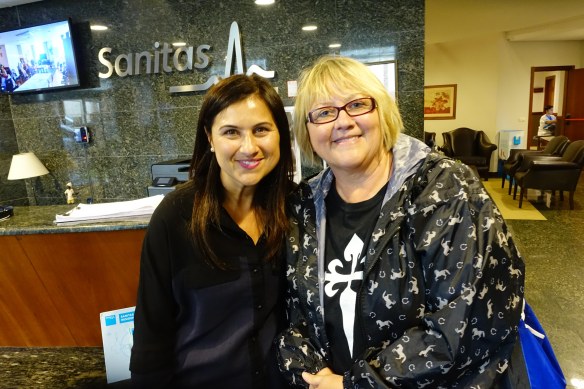 They’d put on a magnificent spread for us, consisting of sliced ham and chorizo, red and white wine (beautiful wines) some chocolate goodies and soft drinks. 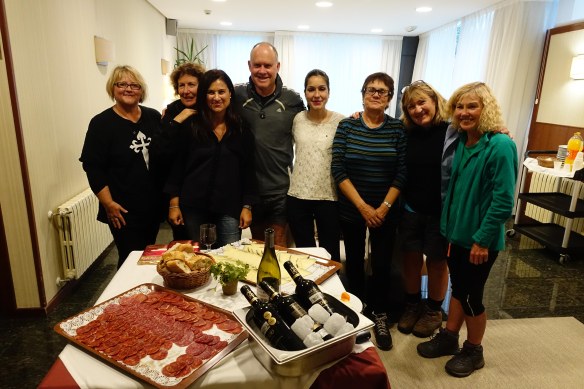 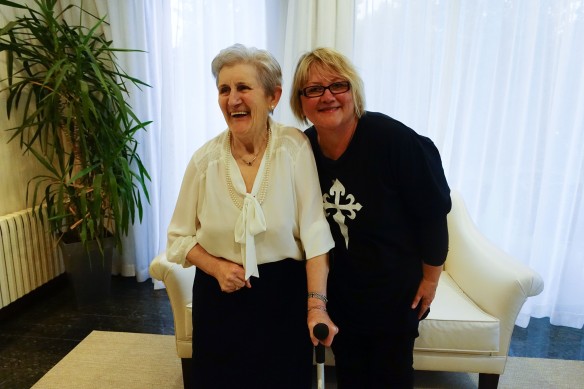 Laurie did a tour of their facility, we took some photos for media purposes, and then we all drove back to Redondela to complete the day’s walk. We got into Arcade about 6pm.

This is a shot outside my hotel window just now after dinner.

Hopefully this will presage a day without rain tomorrow… 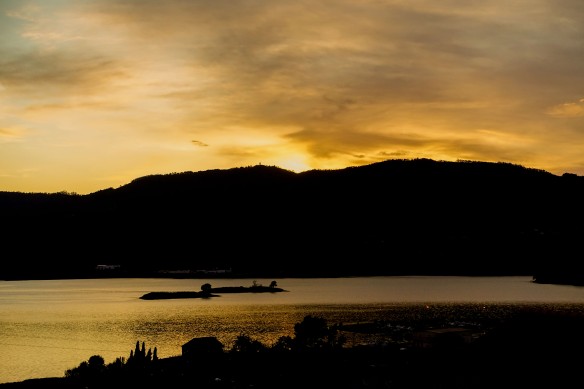