It was a longish drive today to Chandigarh.

We stopped for morning tea in a small joint – while they made genuine chai for us, with the spices and all – 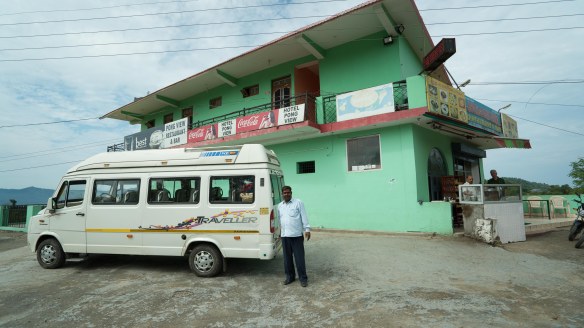 Marie and Britta, finding themselves both dressed in white and blue, being the colours of Greece, then proceeded to do a Zorba the Greek dance out on the terrace! 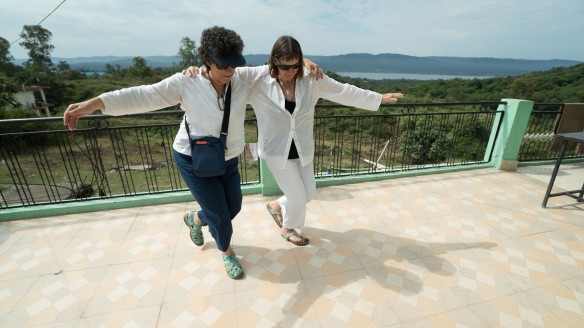 After morning tea and before we got on the bus I lined everyone up for a “The Usual Suspects” shot.

We drove a few more hours, then stopped for lunch at a dhaba – which is kind of like an Indian roadside diner. 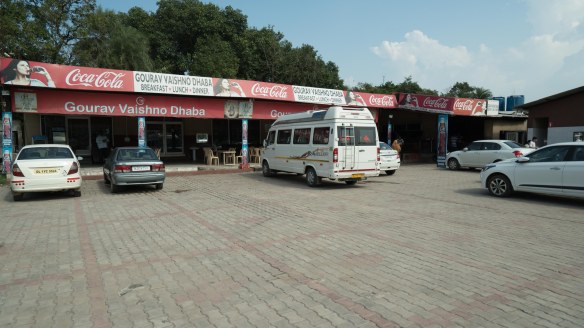 We had a glorious meal of tandoori naan, dhal, roasted curried vegetables, biryani rice, and paneer in a sauce that I’d not had before, and was truly delicious. 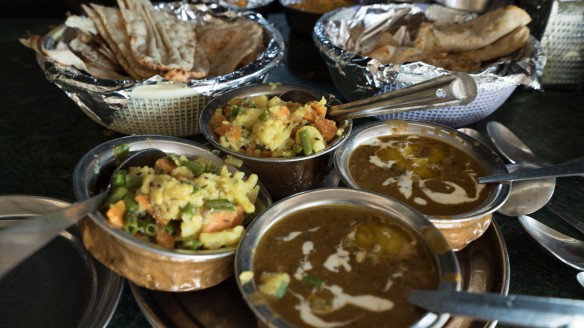 We kept driving and came to Chandigarh mid afternoon. Jennifer wanted to go see a very famous Rose Garden straight after check in – it’s 40 acres, and it was situated right opposite the hotel, so we walked over.

Three women on a bench caught my eye. Principally because they bookended the bench – with a young lass on the left on her mobile, while an old woman sat in a wheelchair on the right.

I asked them if I could take their picture and they agreed.

It turned out the old lady WAS old – in fact she was one hundred years old. I took her photo and she told me I was a handsome man.

I later told this to Marie. She laughed and said that’s why she’s lived so long – because she loves life!