I’m back in the Most Beneficial Galactic Cosmic Rays of Dallas.

For those of you familiar with this blog, a Vedic Astrologer in Bombay last year told me that I had to come to Dallas Texas, and spend as much time as possible over the next eleven years in the Cosmic Rays, and if I did, then certain things would happen:

For those of you who followed my adventures in Dallas last year when I first came to bathe in the Most Beneficial Galactic Cosmic Rays, you might remember that some remarkable things happened, including my being approached by a beautiful woman who claimed she was my Guardian Angel.

At the time, that seriously unsettled me, because there was something quite ethereal and other-wordly about her that made me not discount her as a loony. On the contrary, I actually believed her, because I could find no other reasonable explanation for her telling me what she told me. And now, some six months later, I’m still convinced that I had some contact with a spirit that was sent to give me advice.

So now I’ve come back to Dallas.
Why?
Not to chase down that Guardian Angel…
…but to meet Mr. Trammell Crow again.

Mr. Trammell Crow is the very eccentric billionaire that I met last time. We spent about 3 hours with him at his mansion, and he wanted to know all about the film. He’s a staunch environmentalist – he’s a big supporter of Earth Day – and he has an Art Museum in downtown Dallas that specialises in Asian Art. They also hold daily (and free) meditation classes there. So Mr. Crow has interests in Eastern spiritualism.

He’s asked to meet again at his mansion later in the week. I have no expectations. i will not be elated if he agrees to invest, nor will I be disappointed if he decides not to invest. It really doesn’t matter. The right thing will happen for the film. It’s out of my control.

The thing about this film – it’s making itself.
It chooses who will be involved.
I really don’t have much say in it.

Right from the start, I’ve said that there is only one rule in the making of this film – it has to be made intuitively. As long as I keep my hand very gently on the tiller, I know that everything will work out. If I try to grip the tiller and point the film one way or another, then I know that things will very quickly go awry.

So hang tight, because for the next several weeks, Jennifer and I and some other folk who’ll be joining us shortly will be criss-crossing this giant country, filming with some extraordinary people who will tell us their views on intuition.

The film is building a momentum now which is unstoppable. And the Most Beneficial Galactic Cosmic Rays of Dallas Texas are aiding and abetting… 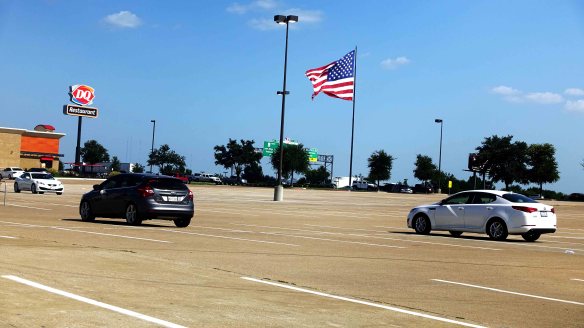