I took no photos today – which is unusual for me.

I spent half the day in a large conference hall with some 400 hundred others listening to Lee Carroll – and his channelling entity, Kryon.

It was truly fascinating.

If you listen to any of Kryon’s audio tapes – his seminars and his channellings – the entity that is Kryon is an extraordinary orator. A deep rich resonate voice, as if it comes from the very heart of the Cosmos itself.

Meeting Lee Carroll today – the physical “partner” of Kryon – he looks like a primary school teacher. Or a cinephile attending a film festival. The man who channels Kryon looks nothing like the voice of this cosmic guru.

I had tried to line up an interview with Lee Carroll, nee Kryon, prior to coming to Uluru. I was told politely it was not possible. He would be too busy.

Today in a break in the seminar I walked straight up to him, introduced myself, told him what I was doing, and he immediately agreed to an interview tomorrow.

Because this guy is a big deal. Within the world of the Weird & Whacky, he’s a big deal. I’m in no way being derogatory when I say that – he would probably use that term himself – because Lee Carroll is a very down to earth guy.

But what Kryon is saying is important, and it’s shifting consciousness on a global scale.

I don’t say that lightly.
I believe it.

I’m thrilled that he’s agreed to be interviewed for the film, because I have heard some of Kryon’s views on intuition, and they are informed by science, yet they are deeply spiritual.

What did he talk about today? He talked about the Creation Stories of the traditional landowners of Uluru, and how they coincide almost exactly with channellings of Kryon done many years ago. I won’t go into detail here – if you’re interested, go onto Kryon’s website.

This evening we saw a film made several years ago, centering on one of the main traditional landowners of Uluru, Dr. Bob Randall. The film is called Kanyini – and it can be viewed on YouTube.

I regard it as one of the most powerful film’s I’ve seen on the Australian aboriginal people.

Tomorrow the seminar continues – then I have the interview with Lee Carroll, which should be fascinating – then Jennifer and I do the 11km Base Walk around Uluru.

Another big day at the spiritual heart of Australia…

(No Peter Landers, it’s NOT the MCG!) 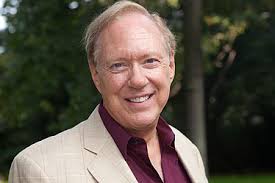