Driving out of Alice, I was struck once again by the beauty of the place – and how accurately the aboriginal artists depict the textures of the land and vegetation.

To get to Uluru you have to drive about 260kms off the main highway. I stopped to take a shot of a truck being loaded with gravel. 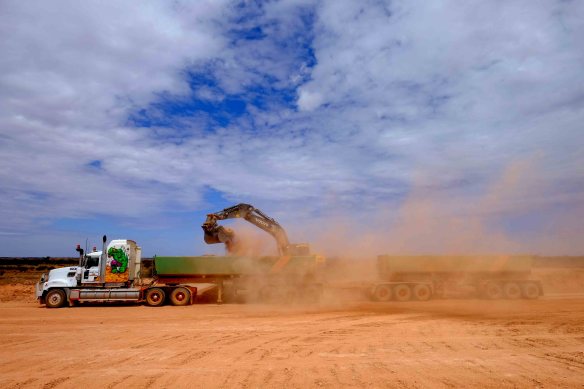 About 100kms from Uluru, we saw it in the far distance. Even that far away, you could feel its power and spiritual energy. 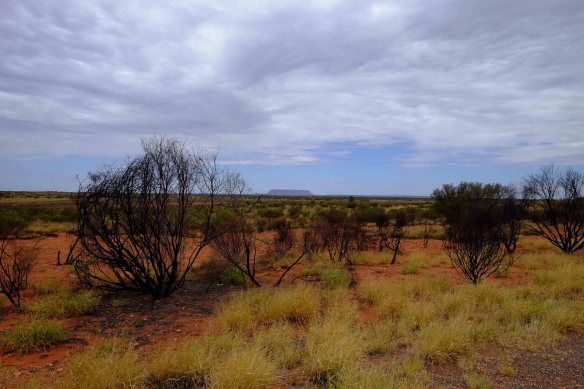 Small hills masked the rock until I got closer, and then it revealed around a bend in the road. In the distance still, but again its power was palpable. 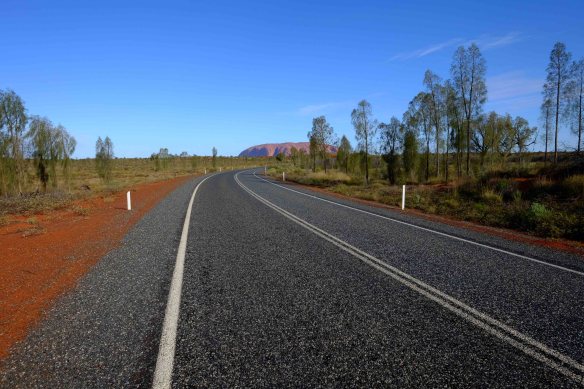 Let me just say: I’ve been fortunate during my life to see some of the great wonders of the world – the Eiffel Tower, the Statue of Liberty, the Taj Mahal, the Grand Canyon, the Sphinx and the Great Pyramid of Giza, Angkor Wat, the Cathedral of Notre Dame –

And there’s one thing I’ve observed; that on first sighting one of these wonders, I’ve been shocked, truly shocked, at how magnificent they are.

Because I’d grown up with a familiarity to these icons. You see them constantly in travel posters, on the covers of books and magazines, in documentaries – and after a while you begin to feel blasé.

You feel a certain familiarity.

I had no real desire to see the Taj Mahal for instance. I felt I’d already seen it, because I had seen it thousands of times, although not in real life. And then while I was working in Delhi I had an opportunity to take my wife there on our thirtieth wedding anniversary.

I remember first seeing the Taj Mahal, and being electrified at how beautiful it was. It was just like all the pictures I’d seen of it, but being there in person was something else.

That’s how I felt today at Uluru.

I’ve never had any real desire to go to Uluru. Like with the Taj Mahal, I’ve seen so many images of it, the thought of actually going into Central Australia to see it for real was kind of boring. There are other better ways for me to spend my time. And really, if it wasn’t for this Consciousness Retreat tomorrow, I would never have come all the way out here.

But today, when I drove around the bend and there it was in front of me, I was stunned at just how magnificent it was. No pictures can ever fully give you that experience – a profoundly spiritual experience – of seeing Uluru at sunset.

In its own way, it is a cathedral. An important energetic nodal point. There are stories within that rock that go back millennia. It is truly a sacred place. 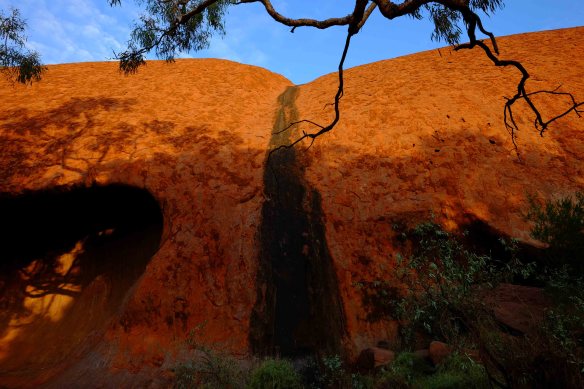 Tomorrow, work schedule allowing, Jennifer and I will do a 11km walk around the base of the rock. I’ll take my camera, and try really hard not to take any tourist shots!