Not wanting to kick my heels in a darkened hotel room for some 5 hours or more, I decided to head out to catch sunrise over the Olgas.

I got to the Park Ranger Station leading into the Uluru National Park, and there were two cops there doing a random breath testing.

And it was just on 6am, and still dark!

Looking around, hoping there was a film crew shooting it all for RBT (a reality tv show in Australia that I’m addicted to) – and disappointed to see there wasn’t, I submitted to the breath testing somewhat churlishly.

I had cleaned my teeth fifteen minutes earlier, and wondered if there was any alcohol in Colgates Whiter than White. Fortunately there wasn’t, and they let me through.

I didn’t want to go to Uluru again, so I headed to The Olgas, a line of bulbous stone rocks about 40kms from Uluru.

I had to move fast though, because the sun was already rising, and there was a layer of high cloud over most of the sky.

Part way I stopped and got a distant shot of Uluru –

And then kept driving towards The Olgas.

I climbed a ridge some distance away, but by this time the light was pretty boring – the sun had risen into a band of high cloud, but I still took some shots.

I raced back to wake up Jennifer – who would have slept till 11am if undisturbed – and at 9am we attended the second day of the Kryon Consciousness Retreat.

There were people lined up out the door to get a seat. 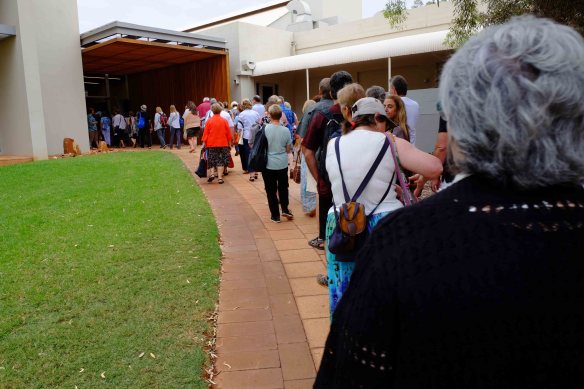 This guy is hugely popular. There are people attending this retreat that have come from 23 different countries. Some follow Lee Carroll around the world attending his events, like groupies following a rock star.

I can see why.

We walked in, and immediately stepped into a meditation that was accompanied by two didgeridoo players. The two players, working in harmony and at times out of harmonic, created a sound that took the top of your head off.

Mesmerising, and profoundly a product of their land, and their unique and ageless culture.

Sorry I have no photos to accompany this, but photos were not allowed.

After the session I did the interview with Lee.

He was incredible. Articulate, smart, and on the button with intuition. He will be an important part of the film. A great interview.

I then did another interview with a wonderful Chinese doctor – Grace Moy O’Brien – (yes it doesn’t appear to be a Chinese name, but she was born in Penang, in Malaysia.) She talked eloquently about the chakra  system, and energies within the body that Western medicine is yet to formally acknowledge, yet Chinese medicine has worked with for centuries.

This evening we were invited to have our energetic imprints scanned by a new machine only recently brought into this country. I will write a separate post about it later, because it’s amazing, and what Doug Strandly and Grace are doing will revolutionise conventional medical thought. 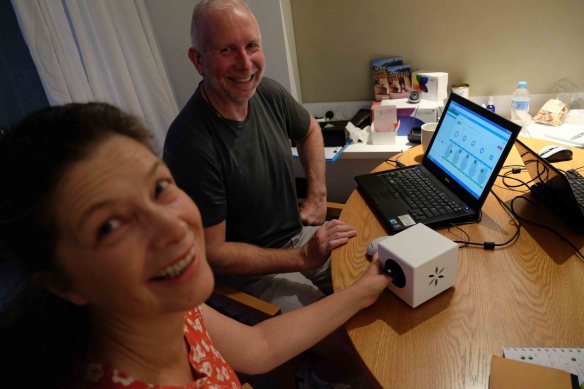 They scanned both Jennifer and myself, and as I say I will write more in depth on this in a separate post, but I just wanted to report that the machine, amongst other things, measures chakras. It measures the energetic level of each chakra – the “size” of the chakra – and the alignment.

Jennifer’s chakras were strong and healthy, and got very many murmurs of admiration from Doug and Grace – particularly as they were mostly all in perfect alignment.

Then they did my scan, and showed me my chakras.

Mine were friggin’ HUGE! 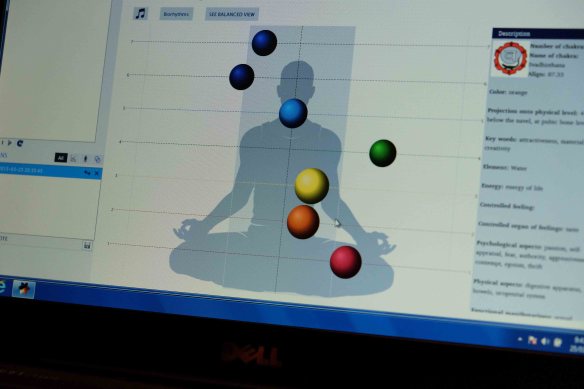 Now, I know this is not a competition, right? And I am a mature dignified bloke with grey hair (or white as Jennifer cruelly described it this morning, after she had woken) however my chakras were bigger than hers!

Let me repeat that in caps:

MY CHAKRAS WERE BIGGER THAN JENNIFER’S.

Yes, mine were out of alignment a bit. In fact one was almost off the chart, but I’m not fussed about a straying chakra. A couple of shoulder stands will fix that.

Those who had previously murmured in appreciation at Jennifer’s chakras were now gasping in wonderment at mine!

Seriously, this machine is something else. I lost a filling in my upper left tooth. No-one knew about it, not even Jennifer.

It showed up on this scan.

Early night tonight because we want to walk the Base Track around Uluru at sunrise tomorrow morning.

If I can wake Jennifer up, that is… 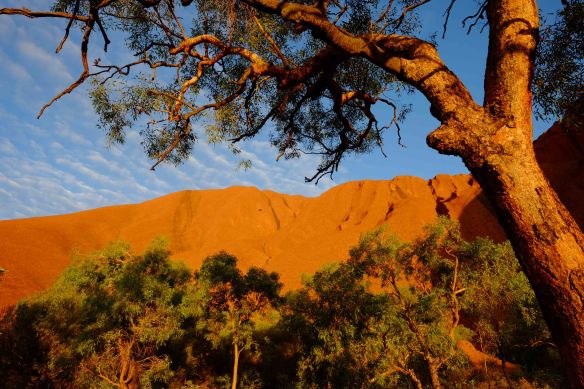