Right now we’re in Alice Springs, in the Northern Territory, Central Australia. Tomorrow we drive about 250kms north to Utopia, which is the aboriginal homeland where we’ll be staying for a few days, and filming. 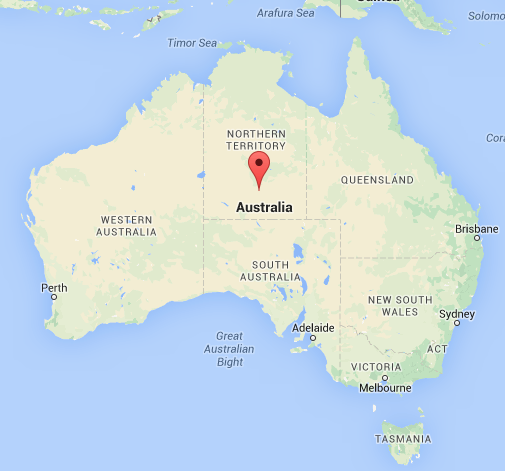 It’s been a beautiful drive across and up from Melbourne.

The first day we drove about 900kms to Port Wakefield, north of Adelaide. Second night we stayed in Coober Pedy, which is an opal mining town some 800kms north of Port Wakefield.

Driving into Coober Pedy, I noticed a line of TVs by an abandoned mine.

Coober Pedy is a place where people go who need to hide. They say there are more dead bodies in the mines here than there are people walking above ground. 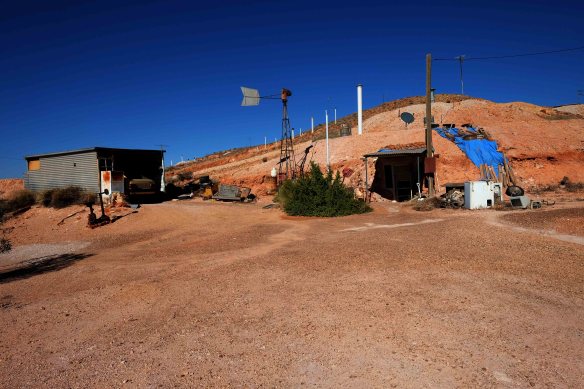 We were walking to a Greek Taverna for dinner, just on sunset, when a beat up old car pulled out and this bloke got out and walked up to us. He looked like Ivan Milat (a notorious Australia mass serial killer).

He unfurled a tattered and grubby black velvet wallet, and produced some very dodgy opal jewellery. Actually it was faux opal. It was in fact polished stone, nothing more. He told us that it was the cheapest opal we’d get in Coober Pedy, and said that he was selling a necklace for $40.

Jennifer, knowing that it was a scam and the stone was junk, told me we should buy a piece. So I shelled over forty bucks. 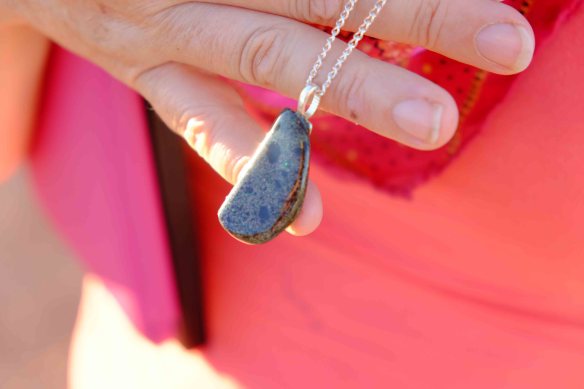 As he drove away Jennifer said that it was the least we could do for him. It looked like he needed that sale.

She is an angel.

In Coober Pedy it gets so hot that everyone lives underground. We stayed in an underground motel – the room was beautifully cool. Outside it was about 44 degrees Celsius – about 111Fahrenheit. 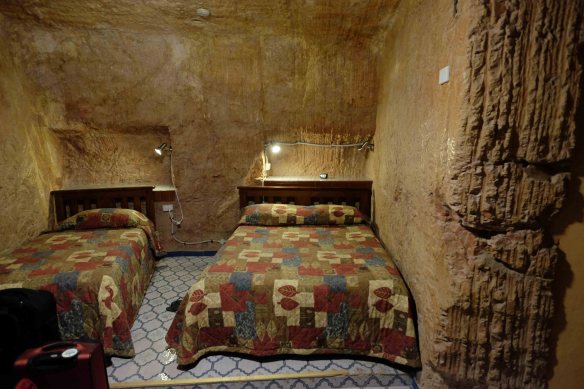 That was last night. This morning before leaving we visited two churches – both underground. (By underground, they are dug into a hillside.) One was a simple bush church – 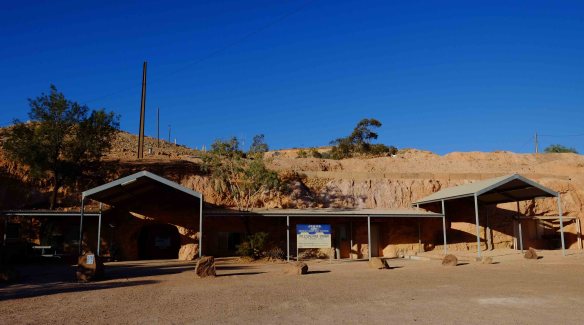 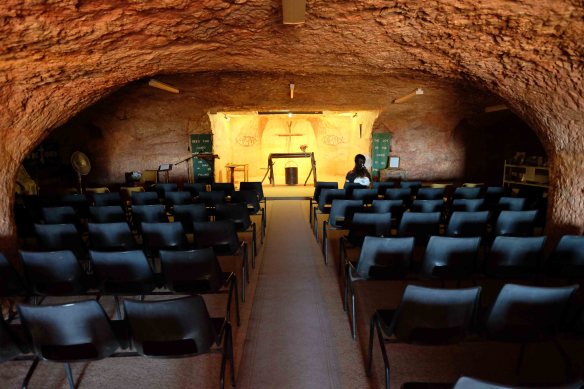 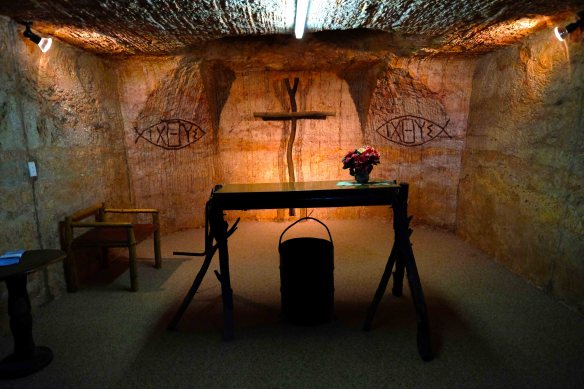 The other was larger – a Serbian Church. 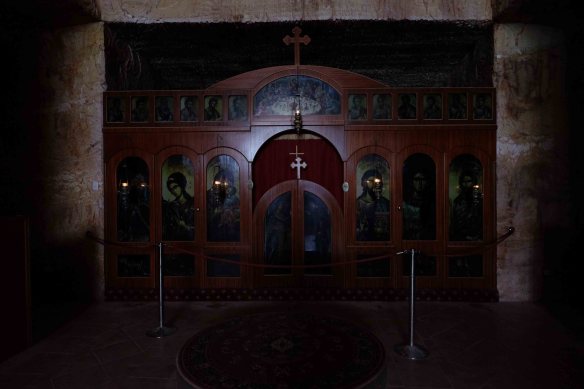 It’s one of the most remote aboriginal communities in Australia. I’m very excited, and feel very privileged, to be going there to film.

Here is one last shot of the underground church in Coober Pedy.