A few days before leaving the US, Jennifer and I had a wonderful lunch with two friends from this blog –

Michael and Kathryn Schlesinger drove all the way from Newport Beach up to LA for the lunch, which was incredibly generous of them.

Over lunch, Michael said something which has stayed with me since. I’m paraphrasing now, but he said something along the lines of: I’m astonished at how you’ve “exploded the division” between your personal life and your professional life.

I laughed – and quickly took a slug of my Bohemia beer – and told him that it had been a conscious decision to do that – but not one that I’d taken lightly.

Basically what we were talking about is my “coming out,” so to speak – publicly stating my deeply felt personal and spiritual beliefs within a professional context.

As I’ve said on this blog before, the film industry is a harsh judge of character. Surprisingly so, because you would consider it very much a liberal art. But it ain’t necessarily so, as the song goes.

Your career can come unstuck if you mess with that brand. If you confuse your audience, or more importantly, your financial backers.

You don’t buy a Stephen King novel to read chick lit. You don’t go to a Rolling Stones concert to see Mick Jagger do boy band numbers. You wouldn’t hire Frank Gehry to build a tool shed – or if you did, it would cost you a fortune and be the most amazingly designed tool shed ever!

Every creative person has a brand, whether they’re aware of it or not. It’s their signature voice, their unique take on the world, it’s their particular eye, as the French would say.

My brand has always been a mess. Right from the start.

Because my interest in cinematic storytelling has lurched between edgy thrillers, comedies, socially relevant films, with the odd historical drama thrown in.

I’ve been the antithesis of a clear brand. But at the very least, you could say that I’m that guy that makes movies.

Now, I’m that guy that believes in intuition and angels and stuff like that.

The subtext would be that I’ve become a whacko. Or I’ve turned religious – a Bible basher. Or that I’m on some kind of personal mission to convert people to my crazy beliefs.

Angels? Give me a break – they’d say…

As I’ve said before, I didn’t know why I felt so compelled to walk the Camino, but having made that decision, I then decided that I had to link it to PGS, and the film I wanted to make on intuition.

I decided that I would walk the Camino intuitively, and see what happened.

So when I decided to write a blog – originally just for my family and a handful of friends – I decided to call the blog PGStheway.com.

In other words, I was going to be publicly stating that I believed in intuition.

I could not approach it half-hearted. If I was to very publicly embrace the notion of intuition, then it had to be with full commitment. To use Dr. Bimal Bhatt’s phrase, I had to be bold.

This had other more complex implications.

I had to think deeply about how I should approach the film. Would it be a dispassionate objective film about intuition, or would it be subjective, and intrinsically personal. I felt it had to be the latter, if it was mean anything to me, and if it were to connect to a broad audience.

I felt an audience would be more interested in a personal journey rather than a dry objective journalistic account about intuition.

So it was all very much intertwined. But I felt at the time of starting this blog that it was the defining moment for me – in many ways the moment my life moved into a new phase – a spiritual phase.

Walking the Camino, as I’ve said before, was not the agent of transformative change – it was more a stage of purification and recalibration that I needed to undergo for changes that had begun within some time before.

Even so, I started out tentatively. I recently re-read some of my early entries on this blog. Coming on two years ago. My goodness I’ve changed. And I think that’s what Michael was alluding to when he talked about the explosion of division.

Whist in Dallas I posted what I believed in, and what I didn’t believe in. That was a tough post for me. Because for the first time I stated publicly what my beliefs were.

I’m sure it would have come as a shock even to my family. I mean, I don’t really talk about this stuff. But I posted it online. It went out on Facebook, and Twitter. Cumulatively there are a lot of people world wide read these posts.

But here’s what I also believe – that if you are going to embark on a spiritual journey, then you can;t hide, and you can’t be equivocal about it. You have to embrace it fully, and move forward without fear of ridicule or judgement or humiliation.

Jennifer told me this would happen.

Some friends have dropped off. They don’t return calls anymore, they don’t go out of their way to see me when I wander onto their turf, my emails are ignored, they’ve either unfriended me on Facebook, or they simply don’t appear on my Timeline anymore.

I’m cool with that. That’s their choice.

Because Jennifer also said that for each friend I lose, I’ll gain many more new ones.

And that’s happened too. Over the past eighteen months or so I’ve gained so many friends all over the world – friendships that are deep, lasting and profound.

I find myself signing some emails – With love… there’s no way in the world I would have done that before all this started. In Dallas, I met up with a good friend, Adrienne. She hand’t seen me in over ten years. She said I was almost a different person to how she remembered me – she said I was a much kinder gentler person.

When she saw me last, I was producing and directing a thriller in New Orleans, where I had that incident in the car with the “voice,” the incident that started all this. At the time I was having difficulties with a particular actor. And during filming my father died. It was a tough emotionally wrenching shoot for me – one that had ramifications for years to come.

I’m not making excuses, I’m just saying that my job at times has required me being the antithesis of a kind gentle man. At times I’ve had to be singular and uncompromising in my  pursuit of what I see to be artistic truth.

That was then, this is now. For me there’s now no separation between my personal self and professional self. I’ve exploded the division, as Michael so astutely noted.

I’ve had to, to keep the integrity of my endeavour.

What is my endeavour?

To try and discover my true nature… and the true nature of my existence.

That does require me being a kind gentle person.

And each day I try… 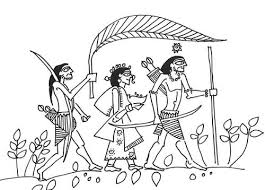 8 thoughts on “Exploding the division…”