You have no idea how scared I am.

I’m scared that I’m going to look like a fool.

That I’m going to be publicly humiliated.

That I’m going to fail.

How high have I set the bar?

Or rather, how high has the bar been set for me?
By these stupid bloody Beneficial Galactic Cosmic Rays…

Anything less than this will be a humiliating public failure.

I’ll be a laughing stock.

I’ll be ridiculed all around the world.

I’m well aware of this.

So why am I doing it?

Why am I setting myself up to slip on the galactic banana skin?

So openly and publicly…

Maybe there’s a part of me believes it will happen.

That this IS my destiny.

That this WILL come to pass.

Dr. Bhatt called it an “experiment.”

That’s how I’m approaching it – as an experiment.

And experiments have to be observed.

In this case though, I’m the specimen on the petrie dish.

I’m the microbe under the microscope.

I’m curious to see what happens.

I’m curious to see if this experiment will work.

I’m not invested in the outcome.

But I’m fascinated by the process.

Joni said something interesting yesterday. As we were driving around looking at these extraordinary palatial mansions in Dallas, she said: Millionaires don’t believe in astrology. But Billionaires do.

Do I think I’ll become a billionaire?

How can I possibly think that?

I can only think about a film I want to make.

A film that will be worth making.

And how I can make it work for the largest possible audience.

That’s all I can – and should – be thinking about.

The rest is up to the cosmos. 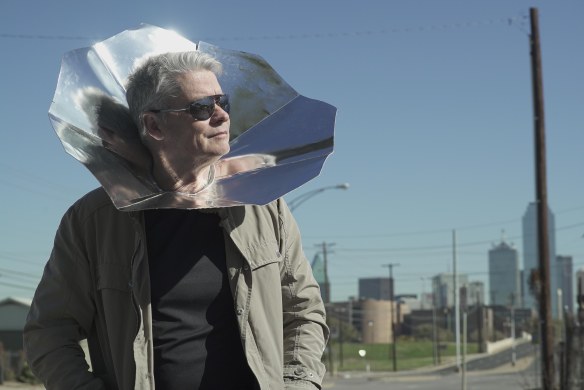