As an astrologer she’s built up a massive client base, in the US and internationally, because she’s so damn credible.

Yesterday I sat opposite her and I listened as she read from my charts and told me things that would soon happen in my life – things which were completely overwhelming.

I’m now looking around Dallas wondering what it would be like to live here for the next eleven years.

I’m not saying I would do it, I’m just saying I’m quite capable of doing it.

Why not change your life on a dime?

Why not do something completely crazy and unexpected?

How do I feel about all this? I feel somewhat confused. I mean, supposing these two astrologers are right? Supposing what they told me unfolds as they’ve said it will?

They both believe it will.

Well, that’s the big question isn’t it, because if I don’t believe, it will never happen.

It’s like what Tinkerbell told Peter Pan – “The moment you doubt whether you can fly, you cease forever to be able to do it.” 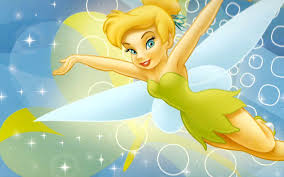