As we exited the luxury high rise apartment of another hugely wealthy businessman, who had hosted us to a sumptuous breakfast of south Indian cuisine, she turned to me and said: There are very few times when I’m incapable of speech, but now is one of them.

What made her speechless?

The man we had breakfast with is a very successful businessman. One of his many holdings is a luxury five star hotel complex on the beach at Juhu – prime real estate estimated to be worth in excess of US$5b.

He also owns tv stations and finance companies and sundry other investments.

He started with nothing and he told us this morning that he’s used his intuition to get to where he is now. When I showed him my sizzle reel for PGS, he was deeply affected. And immediately said he wanted to invest.

Tomorrow we’re to meet the head of his tv channel to further discuss – but in the meantime he’s lining up interviews for us with some real heavy hitters, including Bikram Chowdry (of Bikram Yoga fame) and possibly Deepak Chopra. These are to be done in Los Angeles.

He’s also connected us with one of the world’s great spiritual gurus, Baba Ram Dev, and some key people in Rishikesh, where we’ll be on Friday. Rishikesh is a sacred town on the Ganges.

I told him what the astrologer said – about how I must go to Dallas – and he said it’s true. He’s done the same thing, gone to a place which an astrologer has said he must go, and under the strangest of circumstances he’s accumulated wealth.

Jennifer and I left his apartment with him avowing his support for me, and for the film. And saying that he will accompany us on our further travels around the world too.

I wonder if that means he’s coming to Dallas?

In the afternoon we flew to Delhi, checked into a hotel in Connaught Place, and then went out to meet a researcher who will be doing some work for us on the next stages of the film. A very impressive young man.

We had a wonderful dinner in a very funky part of Delhi – an artists enclave in an old workers’ colony which has since been gentrified. He provided logistic help for this next stage of the production, and is lining up some key interviewees.

Here’s the thing: I didn’t line anything up before I left home. I just trusted that the right people would come along when I needed them. When the film needed them. I’m making this film by playing by the rules, and the rules are that I’m to be intuitively led.

I’m making this film by trusting that my PGS will guide me to the right people.

I left Sydney with just one phone number. That was the number of Dr. Bhatt, who ended up doing my astrological charts, and telling me I had to go to Dallas on November 23rd.

Everything is aligning faster than I could have hoped. 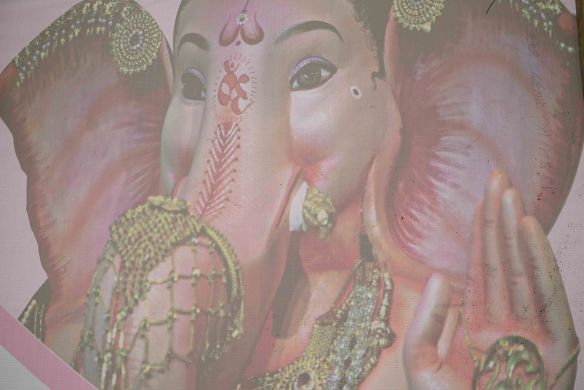