Jennifer and I have spent the last three days in Melbourne screening my film PGS – three nights in a row in fact. Two of those screenings were sell-outs.

The first was at the beautiful Rivoli Cinema in East Hawthorne, organised by our dear Camino friends Peter & Julie Landers. At that screening there were a bunch of nuns. (I’m not exactly sure what the correct collective noun is for a group of nuns – a flock of sheep, a pod of dolphins, a gaggle of geese etc. So I’ll call them a bunch of nuns…)

Anyway, these delightful ladies came to the screening, and I was curious to see how they would react because the church doesn’t readily embrace the notion of intuition.

However there are religious folk in the film – Caroline Myss being the most prominent (she’s renown as a Catholic mystic and scholar) – and they do put their point of view in a religious context. But then there are also a couple of others who say very directly that you don’t need to believe in God to believe in intuition.

The day after the screening, Julie Landers, who helped organise the screening, forwarded me an email from one of the nuns. The Sister has given me permission to post it publicly here. She vey much wants the message of the film to get out into the wider community.

Oh, and to add: I did a Q&A after the screening and the first question came from a gentleman who was a self avowed sceptic and he was quite hostile. He was very critical of the film, and critical of me too.

Anyway, here is the Sister’s wonderful email, posted with her permission:

It is the morning after the movie screening, “ PGS Intuition” and I am still reflecting upon it.  When we left the Rivoli last night Axxxx, Lxxxx and I chatted about it on the drive home and continued doing so over our late dinner.

I saw the movie as an exploration into the reality and nature of that  “inner voice” that has the power to command and to save, if heeded.  Bill Bennett had experienced an event which shook him to the core of his being and sent him on an exploration seeking for explanations, answers.  He assembled a very impressive line-up of experts from various disciplines, to help him understand.

I loved the lady in the dark pink blouse and green beads (Caroline Myss) and the handsome young Prince of Buthan!!

In a way, Bill was attempting the seemingly impossible in trying to define the mysterious.  But he was doing what he felt impelled to do – explore meaning.  I felt that the first questioner, who referred to himself as a sceptic, was unduly harsh in his criticism, even to the point of later counting the number of times Bill used “I think”.

Even though the movie itself was very definite in its conclusions, Bill himself in the Q&A session revealed himself to be quite tentative, an earnest explorer still seeking for meaning.  I don’t doubt that he will continue to do so to the end of his days, as we all do.

It seems to me that one can only bow before Mystery and then do what needs to be done, what is at hand.  The pink-blouse lady summed up the best response for me “Make a good film.”   And Bill did just that – it was a well crafted, thought –provoking movie, out of which “the thoughts of many hearts will be revealed”.

Thank you, dear Julie, for inviting us to attend Bill’s movie.  Would you please thank Bill himself for daring to attempt to express the inexpressible in the medium which is most familiar to him – film?  And tell him that I will be thinking about it for a long time. 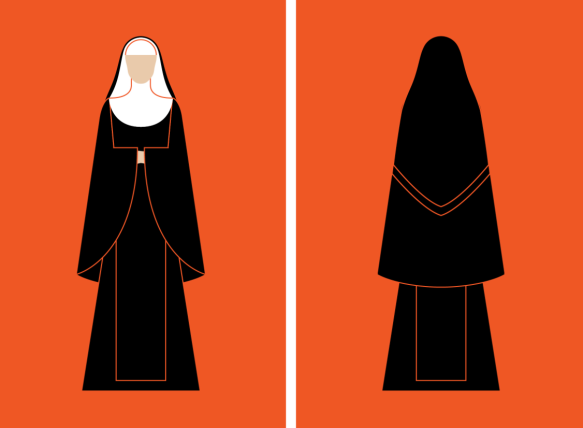