Finally we broke the ice and started walking today.

We did a jump in the van, avoiding the messiness of leaving Porto, and began our Camino on the outskirts of the city – not before though taking a group shot outside our hotel. 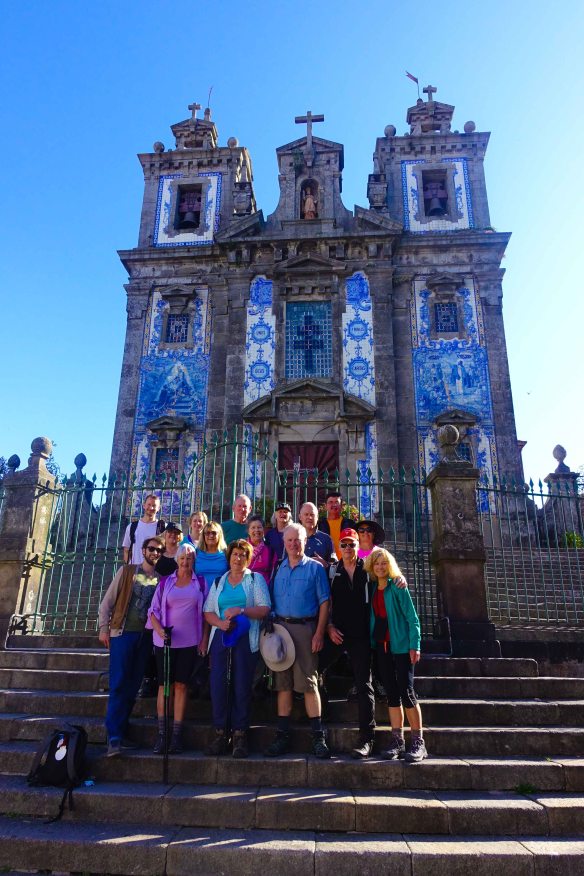 This was our first official way marker – 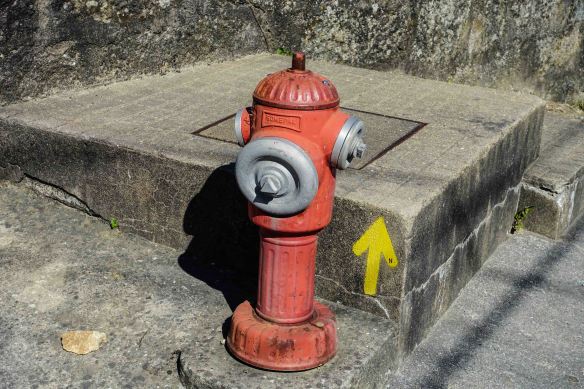 The route took us through some small villages and across some medieval bridges – in all about 18kms of walking. It was sunny and a warmish day, and combined with lots of kms of cobblestones, it made for a tiring day for some.

As usual, I walked with the front mob, Jennifer with the back mob.

The back mob I suspect had more fun than the front mob. The back mob stopped in bars and drank beer. (They have yet to be introduced to the wicked delights of White Port.)

Note the use of capitals…

The journey is being documented by filmmaker Bill Brystock. 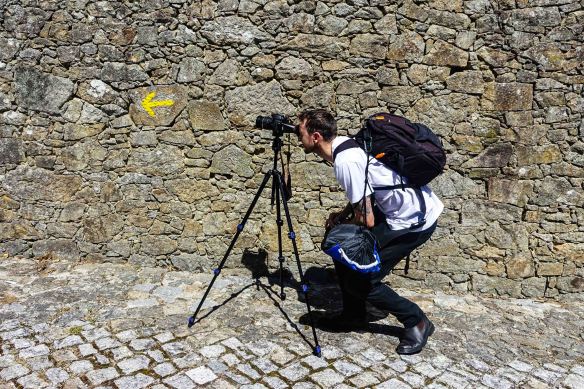 Jennifer and I stopped in at Vila d’Arcos and met up with Catarina and Belmira and Alfredo – three wonderful friends. Catarina is now a lawyer and is studying for her PhD and to become a judge. 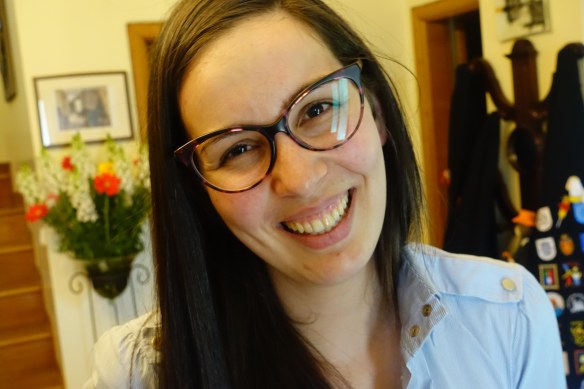 Tomorrow we head to Barcelos, one of our favourite haunts on the Portuguese Camino. We will wake up on Thursday morning to the craziness of the famed Barcelos Markets.

All up it was a great start to the tour…