Up at dawn this morning, and out on the Ganges to film Varanasi as the sun came up.

Varanasi is regarded as the world’s oldest sacred city – older than Jerusalem, older than Mecca, older than ancient Rome or Constantinople.

Pilgrims have been coming here for three thousand years.

It’s known by three names – Kashi, Benares, and Varanasi. Kasha means City of Light. And that’s what it has, particularly at dawn, it has a particular other-worldly light.

We filmed from our boat, and were able to see the worshippers at the ghats from the river’s perspective. It was an incredible start to the day. 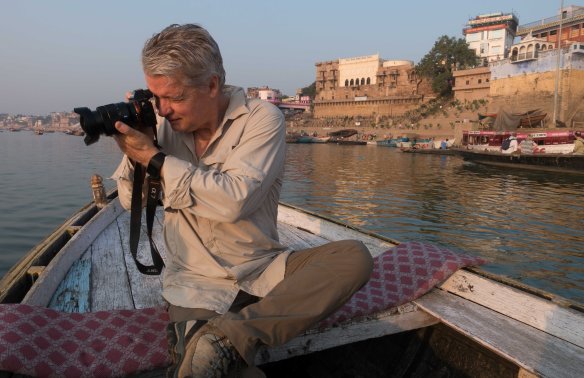 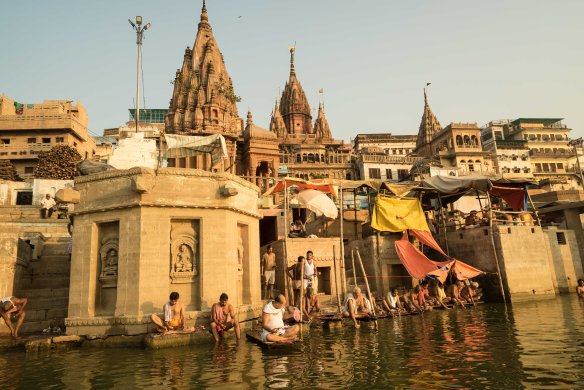 During our filming I spotted a sadhu about to bath in the water. 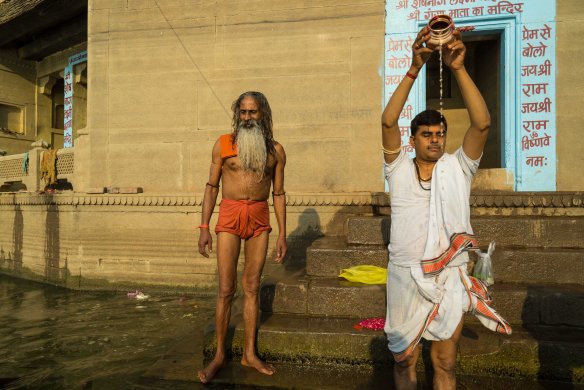 We filmed him bathing, and then later we brought our boat up close to him and I asked him if he would be happy to film with us later that afternoon.

I was delighted, because I’d been looking for an archetypal sadhu to shoot some structured sequences with. This gentle-man was perfect, with his ascetic built, his long white beard, plus he spoke passable English. 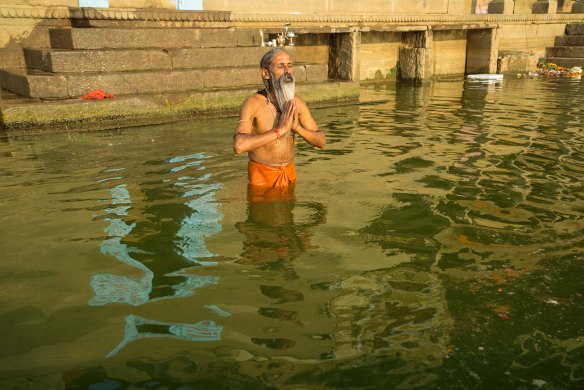 We then made our way back to the hotel, and spent several hours setting up some sequences which we’ll film on Saturday, and then at 3pm we headed off to meet the sadhu.

His name was Raju Baba, and he took us to his Ganga Temple right by the river. This is a place where he meditates at 4am each day. 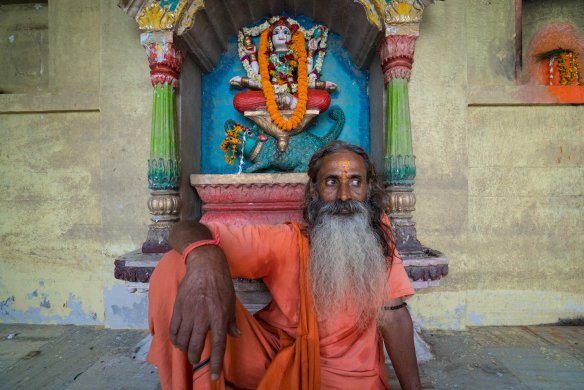 We filmed him meditating… 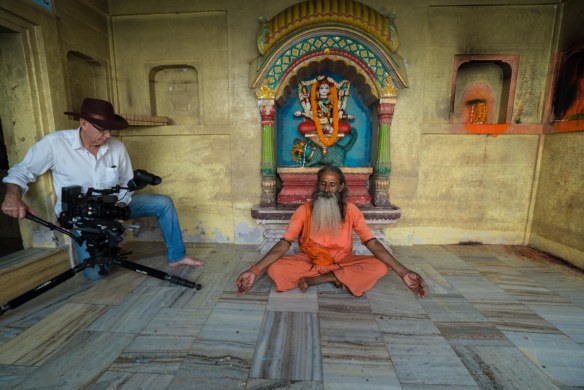 Later he took us to a house owned by a friend and I did an interview with him. I wanted to ask him about Varanasi being the planet’s Third Eye chakra…

He was a wonderful man, with a good command of English, and he will bring yet again another dimension to the film.