We’ve barely shaken off the masala from the magnificent Mother Ganga tour, and now we’re in Bhutan filming for my PGS intuition film.

My head’s spinning from the swiftness of it all – but our timing has been dictated by the availability of the Prince of Bhutan, whom I’m due to interview tomorrow.

Bhutan is preparing for a series of big royal ceremonies for the King’s 60th birthday, and the Prince only has limited time.

This introduction to the Prince was set up by LA based financier Devin Rose, who met His Royal Highness at a gala function in Beverly Hills a while back.

Devin – thank you mate!
Wish you could be here with us.

Bhutan is said to be the happiest country on the planet –

– and from the moment we stepped off the plane yesterday and walked into the most beautiful airport I’ve ever seen – and were waved through customs and immigration effortlessly even though I’d only half filled out my forms, I thought to myself –

We were greeted by our wonderful travel agent, Karma, and our guide and driver. The guide and driver will accompany us for the six days we’re in Bhutan. Both are gracious, humble, and almost embarrassingly attentive.

Watchtower, under renovation, opposite Museum

We started at 9am and finished at 9pm. First off we had a quick tour of the National Museum, before heading to the nearby Rinpung Dzong, a massive Buddhist  monastery and fortress.

It presented some wonderful filming opportunities.
And piccies – 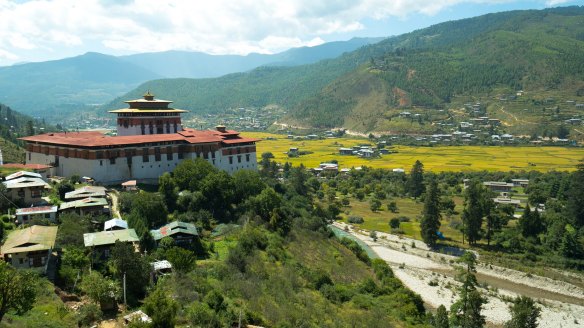 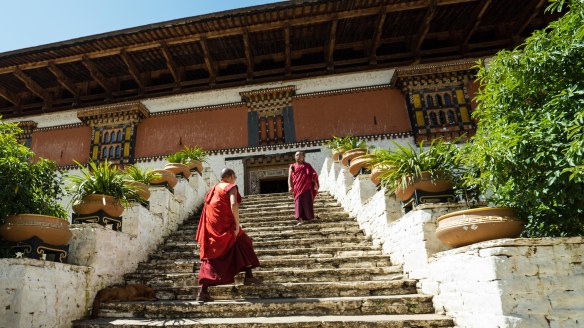 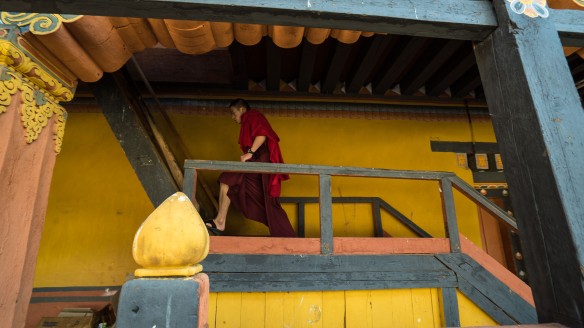 After a quick lunch, we headed to the base of the cliffs that house the famed Tiger’s Nest Monastery – perched like a nest high up on the edge of a mountain of rock.

We were told the climb up would take between 2-3 hrs, and it took all of that. The climb was as hard as the Pyrenees, although not quite as high – the elevation climb was about 1,000m. 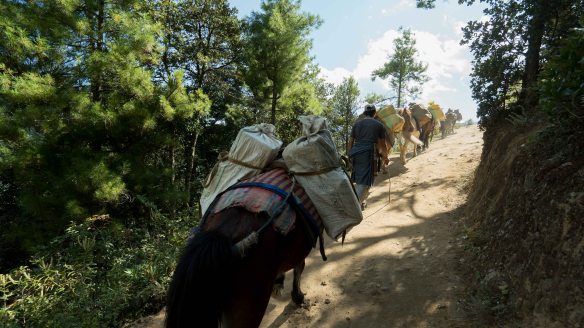 Tough as it was, it was worth it.

I had structured the day so that we got to the Tigers Nest at best afternoon light – and we filmed there for quite some time. 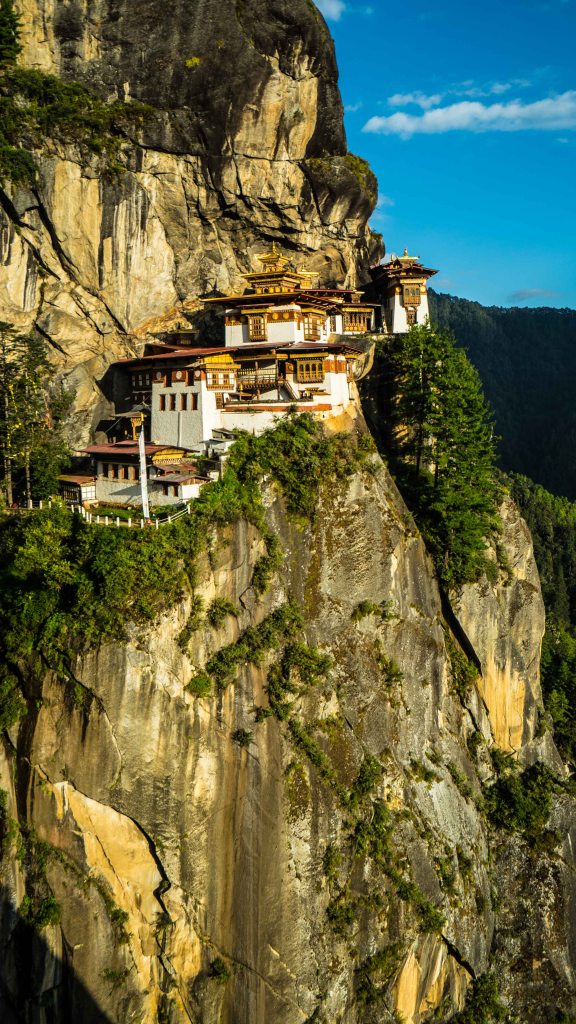 The problem was, it was a good one and a half hour walk down.

We reluctantly pulled up tripods at 5pm – and it gets dark in Bhutan this time of year at 6pm. That meant we had about 30-40 minutes climb down this treacherous mountain in the dark, aided only by our wonderful guide’s torch on his iPhone! 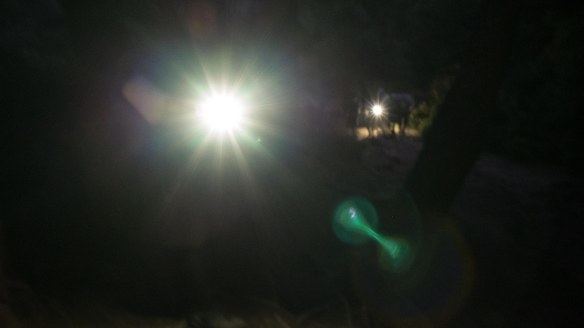 Ha! It was all of that and more – but worth every step.

We then drove one and a half hours to Thimphu, the capital, which is where we are now. Because we have the interview with the Prince at the Royal Palace tomorrow.

That should be an experience!

Before we drove back, we asked the guide to stop in Paro so we could get some cold beers for the long drive to Thimphu. This perplexed him a bit – but he got the driver to stop and we walked down a street then up a stairwell at the side of an alley.

This is where you get beers? I wondered…

The stairwell led to a small family styled restaurant, and the guide asked the lady who owned the restaurant if we could buy some beers. She had two coldies in the fridge, and so that’s what we bought.

It occurred to me later that perhaps that’s why this country has such a high Happiness Quotient – there’s very little drinking. There are no pubs or bottle shops to buy booze. You can only buy it at a restaurant, for drinking with a meal.

Tomorrow is the interview with His Royal Highness – that will be a trip! – and later we’re hoping to secure an interview with a Buddhist Master – one of the spiritual leaders of the country.

I’m finding this to be a fascinating country – and this is only the first day! 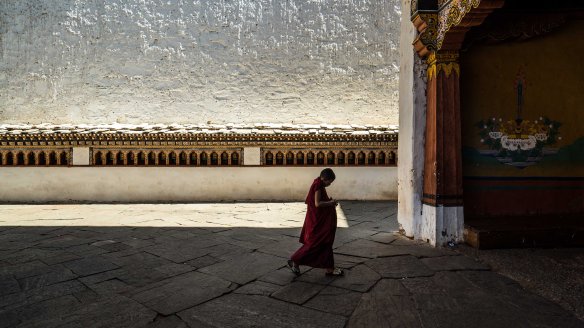