Most of us had a late breakfast, then we trundled down in tuk tuks to the Golden Temple. 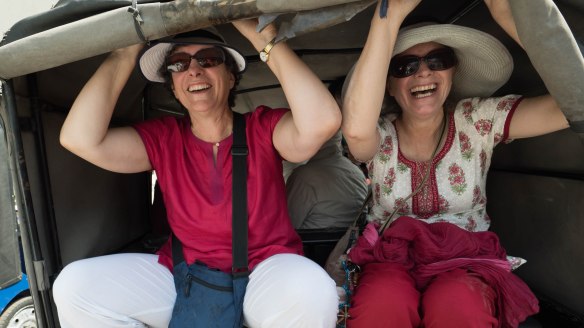 The Golden Temple is perhaps the most sacred site for the Sikh community possibly throughout the world, and to enter the complex you’re required to cover your head with a turban or scarf. 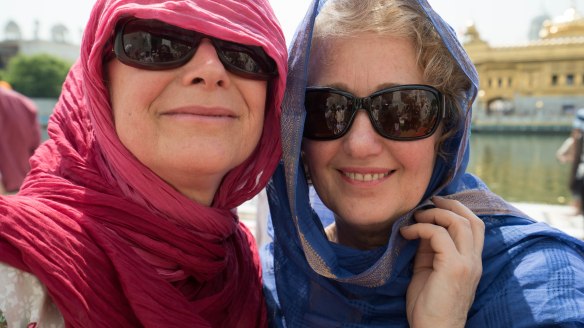 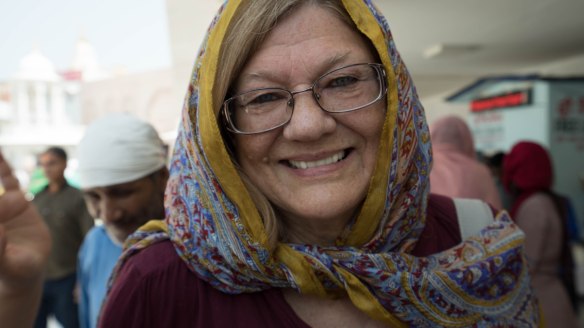 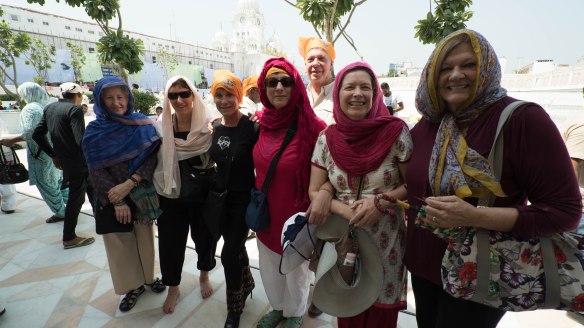 I would not profess to be an expert on the Sikh religion, by any means, but I like what little I know of it. It’s a very inclusive religion, in that they respect all over religions. It’s also a relatively new religion, instituted in the mid 1500s by a Guru who laid down the principles by which Sikhs should live.

They are a proud, strong people, known for their honesty and bravery, and their fiscal expertise. They make good soldiers and warriors, and because they handle money well,  you often find Sikhs in banking and finance or CFOs.

After the Golden Temple, it was lunch time and Jennifer and I took the group to a cool little joint that we’d discovered on our scout – a fabulous place that only the locals know, which specialises in Punjabi food.

That’s us down the back – 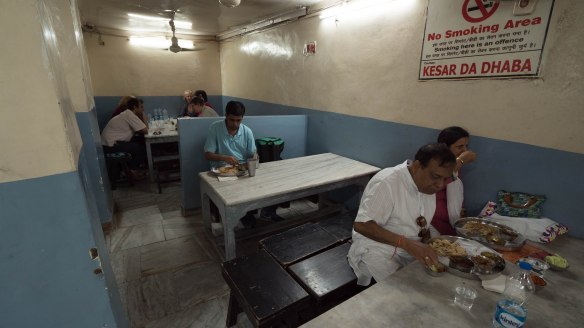 I wandered into the kitchen, and I could have stepped back a hundred years… It’s no wonder the food is so good, because it’s all made the traditional way. 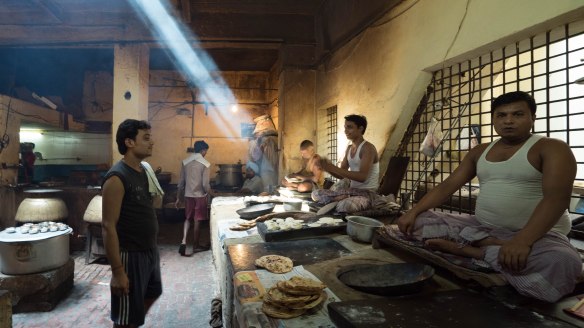 After lunch some of the girls did some shopping, some rested, until it was time to go to the crazy Wagah Border ceremony. on the Indian / Pakistan border. 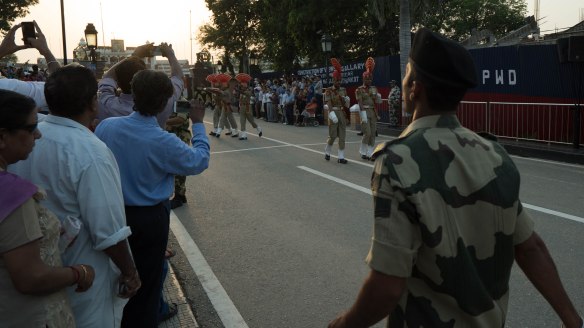 The ceremony is done every day two hours before sunset – and both Indian and Pakistani border security forces strut their stuff and huff and puff at each other as the sun goes down and they lower their respective flags for the night.

The crowds are huge, even for a mid week ceremony –

After dinner, it was shoe shopping for Jennifer and Janet – in Jennifer’s favourite Punjabi store, selling the traditional jutis. 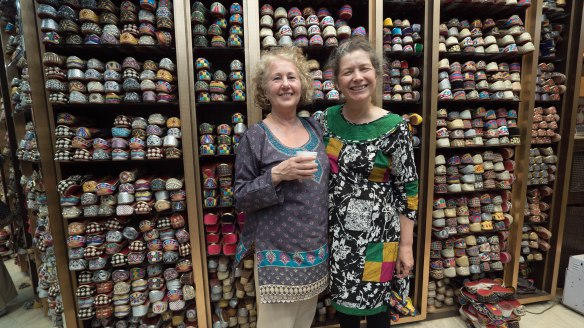 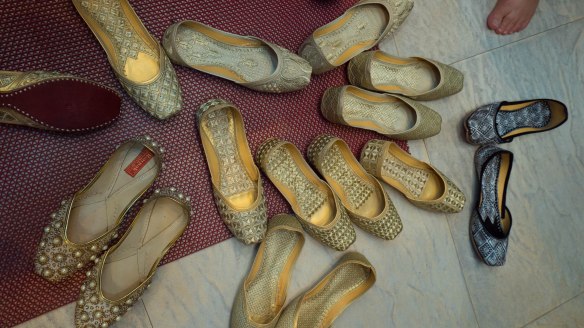 It was a good, but exhausting, day! 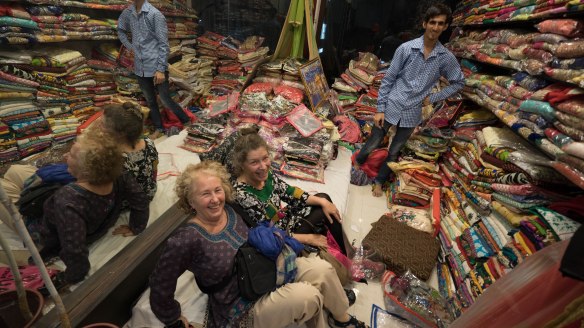 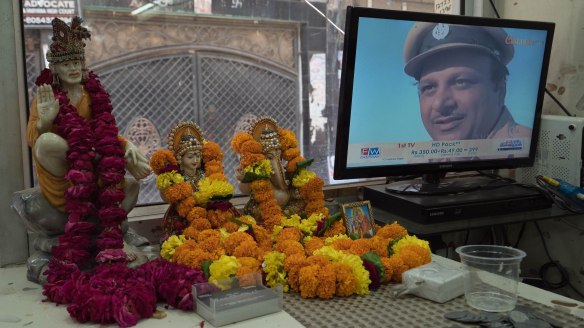