Jennifer and I are in Sydney now, with our daughter and her fella – and soon we’ll be driving back to Mudgee.

This travel home time has been a time for me to take stock of everything that’s happened these past several weeks, and to reflect on what I’ve been told by the various people I’ve interviewed.

Here is where the real teaching will happen for me, I suspect. Because through the intimacy of editing will come the knowing and understanding.

My fears had held me back.

Fears of ridicule, fears of humiliation, fears that I wasn’t ready (and in many ways I wasn’t!), fears of losing money and everything I’d ever worked for, fears of losing status within the industry and amongst my peers, fears of what I would discover, and how I would change.

Ultimately I was fearful that doing the movie would be the start of a new life for me. A fundamental change of direction. And that once started, there would be no going back. And I had to ask myself: Did I want that? I was comfortable. I was safe. Why put myself out there? Why risk financial disaster and public ridicule?

I had no choice.
I simply had to make the film.
I knew that, in my heart.
I was just terrified.

And then I had a vivid dream. It was clear in its message to me. I had to start, no matter what. I woke from that dream at 4:44am and discovered, via a quick Google search, that those numbers meant that I was angelically protected.

I was being told to put aside my fears, that my back was covered, and I should just get on with it. So that morning I booked flights to India to begin filming.

I have so much to say about what’s led to this film – and that will have to wait for the book – but just to say this: I now know why I heard that voice which told me to slow down as I approached that intersection.

This came to me in sleep/wakefulness last night.

On a primary survival level I heeded that voice, and my life was saved when that truck narrowly missed killing me.

But I didn’t understand that on a deeper more spiritual level, I was being told to slow down and change my ways or else my life as I knew it would be crushed and obliterated in other more fundamental ways.

How have I changed? Caroline Myss gave me some sage advice. In fact a LOT of sage advice. But one thing she said was: Don’t talk about that stuff. Keep it personal, keep it sacred.

And so I will.
The most intimate, the most personal, the most sacred, will be kept so.

Those that know me know that I’ve always been a voracious reader of fiction. I love reading great writing, and I love sometimes reading not so great writing. But reading fiction has been a passion since I was six years old.

I don’t have time for that now. Reading fiction. There’s too much esoteric and spiritual material I have yet to read. I have so much to learn from the great minds of the past, and the present.

This last trip has had a profound effect on me. Meeting those that I have. Listening to their wisdom. They were so generous, each of them. Which made me think that they trusted me. That they somehow knew that they were in good hands, and that this film was something they should give time to. That it was worthwhile.

I will be forever grateful to them for that.

My last question to Caroline Myss in her interview was this:
What’s your advice to me?

She answered straight away:
Make a good film.

I answered back:
I’ll do my best. 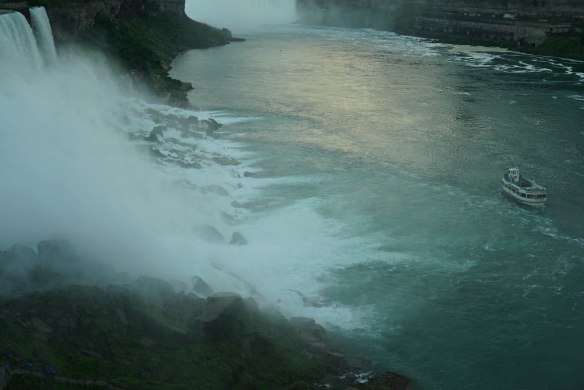