OK, so now I have better internet connection, and I can post some shots from yesterday.

Today was an easier day – thank goodness – and so I have a little more time too, because we got into our end town by 2pm. But more on that on a separate blog. Now for yesterday…

Our route out of Gubbio took us past the spot where St. Francis is said to have placated the wolf. There’s a church there – built in the 12th Century, and inside two people were praying. There were very old murals on the walls, and a sense of calm. A beautiful chapel.

Peter the day before had broken the strap on one of his poles, so we stopped in at a sports store on the way out of town, where he bought a new set – Nordic walking poles, like Ivan had. Quite different to the poles we all use – thinner, lighter, and connected at the wrists by gloves.

Peter hit the tar with these new poles fairly singing – notice the backward slant of the poles, which is the way they’re meant to be used, as against the perpendicular way we use our normal trekking poles. 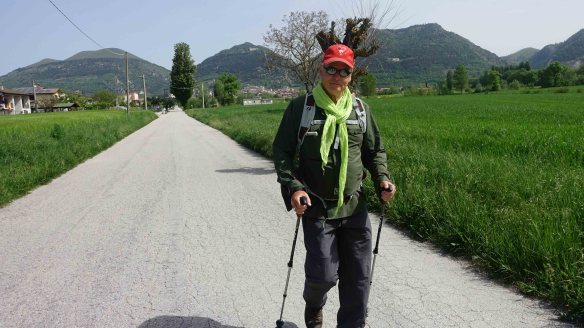 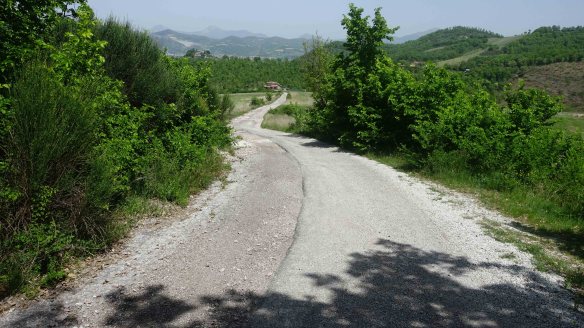 The path then began to climb – and this was the start of a series of hills and mountains that would tucker us out by the end of the day.

At lunchtime we ducked into an Agriturismo along our route –

Elena had prepped them to have lunch prepared – beautiful handmade pasta, wine, and frittata. 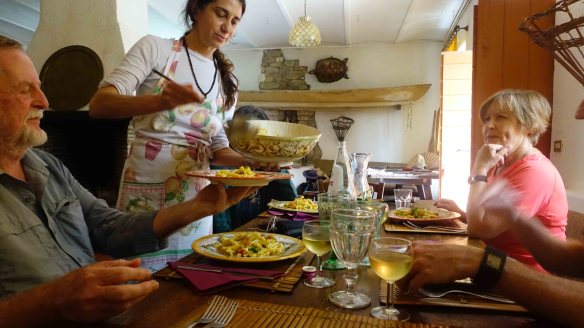 We staggered out into the now blazing heat to continue – another 13kms to go, with more mountains to come.

I discovered I had a brace malfunction – my leg brace had slipped down off my knee – and so I found a deserted farmhouse and sat on the front steps and did a little readjustment, which involved taking off my trousers and retightening the brace –

Turned out the farmhouse wasn’t abandoned. The owner of the place – a woman – hearing noises outside (Peter and Ken making wise cracks about my state of undress) opened the door that I was leaning against, took one look down at this semi-naked man with a metal contraption on his leg, gave a little squeal of dismay or disgust, I’m not sure which, (it certainly wasn’t delight),  then slammed the door on me.

This is how I felt about that – 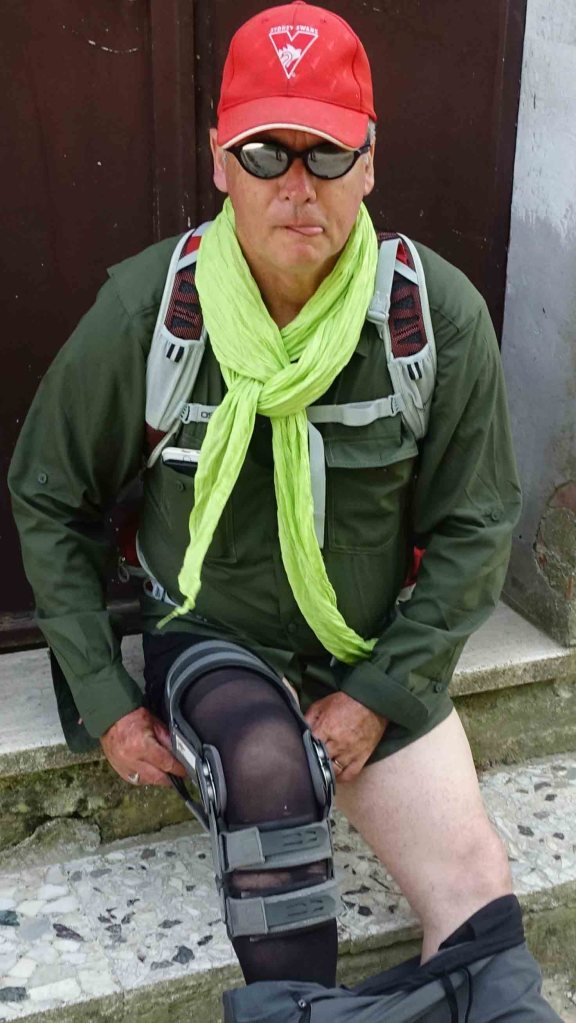 Having fixed the brace malfunction, we quickly moved on.

The paths got steeper –

Angela had hurt her knee climbing out of a steaming bath the day before, and so she was in the van. It was just Ken, Peter and me.

Jennifer and Patty had done a jump and were in front of us. We finally met up with them, impressed that they’d managed to climb some of the steep paths we’d climbed, and not taken the van. Mind you, there was no way the van could get in to where we were… 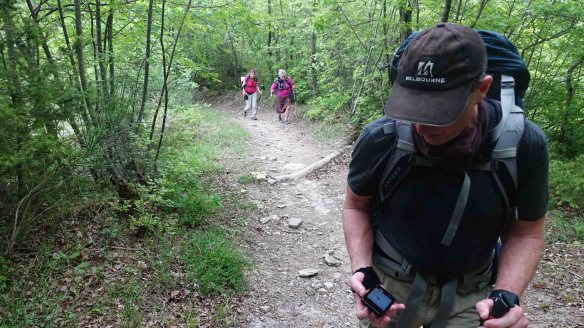 We finally broke out of the close cover and reached the top of a hill, or a mountain, only to find Elena bounding down to greet us with a bottle of water. We were so glad to see her, because that meant we were close to where we’d be stopping for the night.

Unfortunately there was another big hill to climb first – we climbed up first then took photos of the girls coming up after us… (this photo gives no indication of how long and how steep this hill was.) 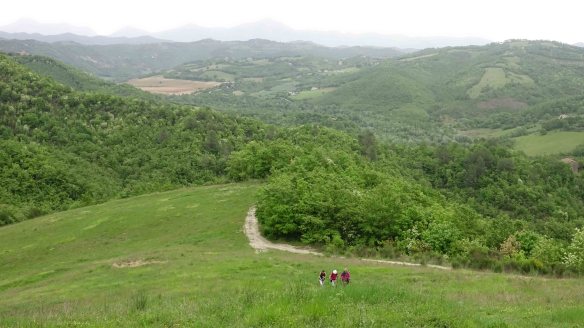 We thought at the top of the hill that we would find our hotel, but we discovered it was a further 1.5kms on before we reached the Tenuta di Biscina – a hotel for pilgrims.

It had an amazing view…

It had been a long and very demanding day for us – but we felt good that we’d achieved it.