For some reason, this last trip has had a profound impact on me.

I didn’t think that seeing a big red rock in the desert would be such a big deal.

If it hadn’t been for this Kryon Consciousness Retreat, I probably would never have gone to Uluru. And it wouldn’t have bothered me. It was never high on my To-Do list.

But when I first saw it, as I drove around a bend in the road and there it was in front of me, the power of it struck me immediately. But the strange thing was, I’d felt it before I saw it.

I can’t explain it any better than that.

The rock radiates a palpable energy that impacts you from afar. And that power is now still within me, here in Mudgee.

It seems that once connected, you are always connected.

Why did Lee Carroll stage his Consciousness Retreat at Uluru? In part, because of the potent spiritual power of the place. And partly because of his creation myth, delivered to him through his Source of Kryon, which he discovered is consistent with creation myths from many cultures, including those of the aboriginal peoples of Australia.

I will go into this in greater detail in a later post – but first I want to tell you about Lee Carroll, Kryon, and channelling.

This is perhaps the most profound thing that I’ve learned from this trip.

Lee Carroll was a very accomplished sound engineer. He worked in film and established a studio that did sound tracks for movies, television and tv commercials.

His wife was into New Age stuff. She was on a spiritual path, and he had absolutely no interest. As he tells it, she would drive him crazy walking about their house with metal Tibetan meditation bowls, rubbing them with a stick and making them hum OM.

He wanted no part of her world. He was happily becoming very successful in his world of audio and music.

And then one day his wife gave him a gift – she paid for him to go to a channeller. And so he went. Reluctantly, but he went. At that channeling, he was told that an “entity” named Kryon from the Magnetic Grid wanted to get in contact with him.

This of course freaked Lee Carroll out.

But being something of a nerd, he went off and began researching channelling, and became intrigued. He then went to another channeller, this time he paid for it himself, and he got the same message: an entity named Kryon was trying to get in touch with him.

Lee immediately thought this was some kind of set up – that the two channellers had been in contact with each other, they’d swapped notes, and given him exactly the same story. But he discovered that there had been absolutely no communication between the channellers, and that this message had come through twice, from two completely separate people.

Lee became even more intrigued. And so began his union with Kryon.

This is where it gets very tricky – and this is where Lee Carroll, sweet man that he is, says that some people think he’s evil, and that channelling is the work of the devil.

I must admit that my naive view of channelling was from Lynda Blair in The Exorcist – all funny voices and head turning and vomit. Or sleazy white-shoed smart talkers who claimed they were channelling Nefertiti or John Lennon, and charging vast sums of money for the privilege of hearing these pearls of wisdom from the netherworld.

Lee Carroll is none of these.

There is a truthfulness about the man, a sincerity, a humility and a knowing that immediately made me feel, when I first saw him on stage at the Retreat, then later when I met him, that this guy is the real deal.

There’s nothing phoney about him. No agenda, hidden or otherwise. And yes he makes some money out of these seminars, and he sells books, but most of his work is free, on his website. It is a huge resource, available to anyone at no cost.

But what’s astonishing about the man is the channellings. The ideas, the articulation, the eloquence, the wisdom. And the love.

Kryon is the Creator, the Source, Spirit, God.
Whatever name you like to put on it.

Kryon has chosen Lee Carroll to be his mouthpiece within our culture, and using our language. But Kyron is beyond time and space, and multi-dimensional.

This to some people is blasphemous – the notion that God could manifest in the form of an audio engineer from San Diego.

But even the Dalai Lama says that God is in every atom – and this is a fundamental belief of Hindus and Yogis too.

Just to explain – Jennifer has been following Kryon for the past 25 years. She has listened to pretty much every channelling, and has read many of his books.

She would have Kryon playing in the kitchen of an evening, while making dinner. And I would come in and demand that she turn that crap off. It used to bug the hell out of me.

I thought it was New Age Weird & Whacky, taken to the nth degree. But I respected that Jennifer took it seriously, and was taking on the concepts that came from Kryon.

And then something very strange happened. I don’t know how I heard of it, but when I discovered that Lee Carroll was going to channel Kryon at Uluru, I immediately knew that I, or we, had to attend. I didn’t even ask Jennifer. I just booked straight away.

And then later when I told her, she was shocked. Shocked that I, who had been such a Kryon cynic, would want to attend a seminar.

But my PGS led me. That’s all I can tell you. I had an immediate and unequivocal “yes” to going, and I’ve learned from past experience that I have to listen to my PGS. And so going there was on my instigation, not Jennifer’s. As I say, Jennifer was stunned.

As Kryon would say: And so it is…

And here’s some text from his website, explaining the nature of channelling – 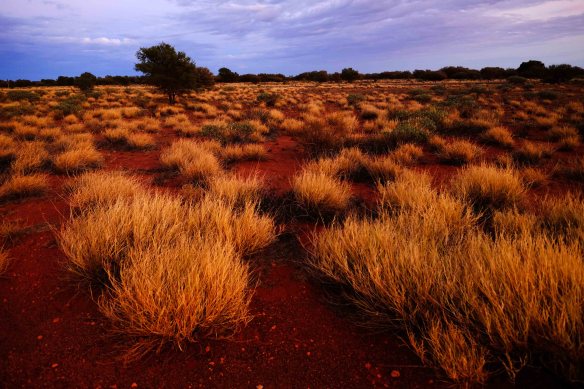