Rachit Sai Barak has been our camera assistant / camera operator during our time in Dallas. He leaves today to return to New Delhi.

An ordinary story with extraordinary potential

I had finished putting all the gear back in and was about to leave for my room, when Bill asked me if this was the most bizarre film production I have been part of. I couldn’t agree more.

He often asks me if I am enjoying myself, if I am learning stuff. Another aspiring filmmaker would have thought of several technical things. But, for me it’s been mostly personal. Every day that I have spent here in Dallas with Bill and Jennifer has made me more eager to understand my roots and myself. I personally believe that something within me has physically expanded and grown, and it’s not my tummy.

If he isn’t in front of the camera, Bill doesn’t need people to operate camera or sound. For most of the interviews I would help him set up everything and then join Jennifer in a corner, where we would just sit and listen. Listen for an hour minimum. The conversation might start with same questions, but often the responses are so unique that interview moves into a whole new direction. And sometimes in the process of answering Bill’s questions they answer mine.

During one of the interviews with the pastor at the Krishna Temple in Dallas, Bill took an agnostic approach. He was asking him questions that people like me would have like to ask. With every answer that the pastor was giving, In my mind I had a following question and Bill was asking exactly the same question. These were the questions that I wanted to ask someone for years but couldn’t.

As someone who comes from the east, I don’t know much about the religion I have been told I belong to. As Jennifer pointed out some of these people here in Dallas believe more in Hinduism than I do. Joni and her family introduced me to Yoginanda, and I have probably seen his photograph across India, but I didn’t know who he was. A lot of them asked me if I have a guru, if I believe in Astrology, in god, to all of which I promptly said NO. Like me, millions of Indians have been brought up in an environment where we are TOLD that we are Hindu.

The result is that as children we ask a lot of questions and we often receive answers that are not very convincing. Lot of people in my country our religious because they fear evil, failure and death. Until this trip I didn’t understand the meaning of religion. I wouldn’t give away what I understood because I want you to watch the film and follow Bill’s blog.  Also because you’ll understand it when you want to. After all, not everything can be explained in words.

Bill in one of his posts mentioned that he is on this journey for himself and he truly is. This is his journey, an ordinary one. Of someone who is trying to figure what was that voice that saved his life. But, in return he is creating a possibility that has the potential to empower people. I believe in Intuition, even more because throughout this trip I have seen him following and trusting his intuition. His story might be ordinary, but it resonates with so many of us. I wish people could join him on his crazy experiment and experience for themselves. Because I don’t think anyone understands how inspiring it has been. Some of the things that have happened cannot be classified as accidents or coincidences. They were meant to happen.

Lot of us would look for physical evidence. We want to find logic in things. We have so many questions, but what we probably don’t realize is if we don’t want to believe in something, we won’t.

After one of our big meetings, we were sitting in a coffee shop and Bill asked us what we were thinking. I had nothing particular to say. But, in that moment I realized that our brain will never shut up, we have endless list of questions, one better than the other. And these questions are stopping us from taking responsibility of our own happiness. Doesn’t matter if we believe in astrology or intuition or god or religion or reincarnation. But, are we happy? Not just as individuals but also as a collective society. And if not, it’s time we stop questioning and start listening. I am not advocating blind faith, but I am talking about surrendering. We need to take a pause and breathe. Just breathe.

This has been the most extraordinary experience for me. I think Bill did very well. Making friends and business contacts at the level he did isn’t easy. But in Dallas it was effortless, one thing led to the other and we kept moving forward.

I don’t know about Bill, but I am taking something that is priceless. This is Bill’s journey, but through his journey some of us are starting our own journey. It is an ordinary story that has extraordinary potential. 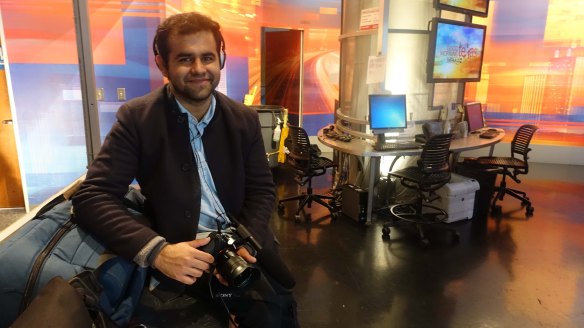 5 thoughts on “Dallas – review, by Rachit”