Here is my interpretation of the story that the Indian astrologer sent me – the story of the Indian department store salesman who sold so much to a man who initially simply wanted a headache tablet.

The story is a myth, really. I doubt it happened. So it must be interpreted on an allegorical level.

For me, I gained several insights:

TRUST –
The boss trusted the salesman. He liked the “cut of him,” presumably even though it was a very upmarket English department store, like Harrods, and I assume that race and colour would always be a factor in whether someone was hired. But the boss saw something in the young lad that he liked, and he trusted his instincts, or intuition, to hire him.

WORK ETHIC –
The young lad worked hard during the day. We are told that it was a long and arduous day. But that he “got through it.” This of course is also a story device to both foretell us what is to be revealed, but also to set us up for the surprise. it works on those two narrative levels. But essentially, the boy worked hard for his one sale. And he was active, he wasn’t passive. He asked questions, and then step by step he provided solutions.

DOUBT –
At the end of the day, when the young lad told his boss that he had only made one sale, the boss immediately doubted his initial instinct to hire him. He “blurted,” and admonished the young lad. But there was a residue of instinct left within him, and he asked the lad what the sale was. So there was something inside him that still wanted to trust his initial instinct to hire him.

SUCCESS –
One to the biggest insights I got from the story is that success can be measured many ways, and sometimes the more superficial measurements of success aren’t necessarily true success. For instance, the boss measured success by the number of sales made each day by his staff. Twenty or thirty sales a day. That to him was a successful salesman, not someone who made just one sale. But of course it was the size of that one sale – the amount of money that the department store made, which was the true measure of the success of the young man.

SMALL BEGINNINGS –
Another very important insight is that big gains start from small beginnings. The young lad sold the man a fishhook, and that led to something else, slightly bigger, and that logically led to something else, bigger still, and so on. If he’d tried to sell the man a twenty foot schooner straight off, I’m sure the man would have turned and walked out of the store. But obviously the man also liked the “cut” of the young salesman, and trusted him enough to go from purchase to purchase, each one more expensive than the last. For me though, big gains from small beginnings was one of the biggest take-outs for me of that story.

BIG IDEA –
The most profound thing though that I got from the story is that the young lad had a big idea to remedy a problem. The man came in with a headache. The boy thought: what this man needs is relaxation. He needs to step outside his normal world, go to some place quiet, contemplate, and the headache will go away. A headache table will only treat the symptom, it won’t actually fix the underlying cause of this man’s problem. He has a headache because he’s too busy, probably too anxious, too tightly wound. And so the young man applied his big idea, but progressively, in incremental steps. What he was doing was working towards changing this man’s life. Fundamentally. Changing his lifestyle, which would ultimately improve his health and well being. That’s a big idea. And it’s a compassionate idea, and a humanistic one. Most people would have sold the man a box of pills. This young man changed his lifestyle.

That’s perhaps the biggest insight I got from that story. I got more, the more I thought about it. I figured Dr. Bhatt (or the cosmic rays) didn’t send me that story for no reason, so I had to give it thought.

It’s helped me.
So thank you Dr. Bhatt. 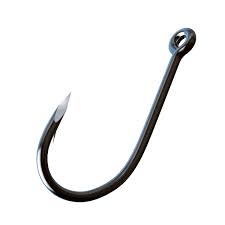