After the interview with the Swami from Haridwar, Jennifer and I hunkered down in a cafe looking down on the Ganges, and took stock of all that’s happened in the past week.

Since landing in Bombay a little over a week ago, this film has put on a pair of roller skates and scootered off on its own accord.

I landed with nothing other than one person to call. On the plane coming over, I had a minor panic attack. Here I am, heeding off to make this film without anything lined up.

I’ve never gone into a film more unprepared. No, that’s not correct – I was prepared in terms of my research, which had been extensive. And I’d written a very detailed script so I knew what I wanted – how I saw the film playing out, the content that I needed.

But I was unprepared in that I had no-one to talk to. No interviews, not even any idea of who I should be talking to, who I should target. It’s not that I hadn’t tried. I’d been trying for weeks to line up interviews in India from Australia. But unusually for me, it just didn’t happen. Usually I make things happen, but this time I couldn’t.

So I left Australia with an open diary. I was anxious. I’d never done this before. I’d always set off with everything planned down to the tiniest detail.

And then a strange thing happened.

As I was sitting in the cab on the long drive from the airport to the hotel in Mumbai, I had – yes – a flash of intuition. I got a “message” saying that I should google “The Yoga Institute.”

I was unaware that there even was a yoga institute, but I googled it anyway, and lo and behold, a very sophisticated website came up for the Mumbai Yoga Institute – said to be the oldest yoga organisation in the world.

I went to the webpage which listed the staff, and noted the name of the Director. I had no idea that he was 94 years old and barely of this gross matter world. Even so I called the main office number, spoke with authority, and said I was a filmmaker from Australia and I wanted to come and see the director.

This led to two days filming at the Institute, and the start of this incredible journey, where the film began to tell me how it was to be made. it was to be made without structure and without rigidity.

It was to be made intuitively.

Ever since making that phone call in the cab, Jennifer and I have not stopped. It’s been a whirlwind. We now have half a dozen interviews with some people who rarely grant interviews. And each of them in their own way have been fabulous. Already we’ve got some great material for the film.

Tomorrow we shift into this massive Parmarth Niketan Ashram, run by Swamiji. He’s a true holy man. My interview with him will be on Monday. Here is the Ashram’s website:

Here are some pics from today – first the crazy hotel – and I should explain: the exotic room suite is costing us $45 pn, and it’s a rip off. The sheet was filthy (yes only one sheet, and a stained blanket, so Jennifer slept in her jeans), the bathroom too was filthy and we had to ask for clean towels. No soap either. And no wifi at all, even though it was advertised as having wifi. Still, it’s an experience, and we LOVE the decor… 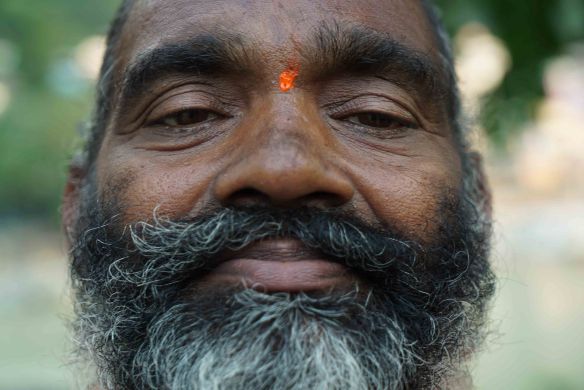