Autobiography of a Yogi is a classic book in spiritual literature.

Steve Jobs read it as a teenager. It took him to India where he lived in an ashram for a while, and read the book repeatedly. According to his biographer, in later life he read it every year until his death.

Those attending his memorial service, after he died, were given a brown box upon leaving the service. It was his last gift. It was a copy of Autobiography of a Yogi.

Written by Paramahansa Yogananda, an Indian Swami and Guru, he’s credited as bringing the concepts of yoga and meditation into western culture. The book was published in 1946, and has been translated into 34 languages. It’s sold tens of millions of copies. 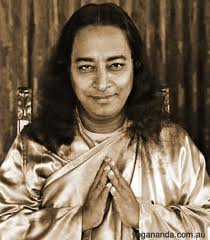 At the age of 27, Yogananda was invited to the US to speak at a religious conference in Boston. He then traveled across America, giving lectures and meeting celebrities and government leaders, including the President of the United States.

He ended up in Los Angeles – the City of Angels – and in later life he established a centre for his Self-Realization Fellowship – the Lake Shrine – in Pacific Palisades, not far from the beach of Malibu.

The ten acre site was inaugurated in 1950. It comprises beautiful gardens, a broad lake covered with lotus blossoms, and a temple high on a hill. Elvis Presley, during his later years, often visited the Lake Shrine, and George Harrison’s funeral was held there.

Yogananda believed there was an underlying harmony between all the major religions of the world, and his Lake Shrine was dedicated to that unifying harmony.

Throughout the gardens are symbols of Christianity, Judaism, Buddhism, Islam, and Hinduism. Amongst the flowers and waterfalls are statues of Krishna, Jesus Christ, Saint Francis of Assisi and the Madonna and Child. 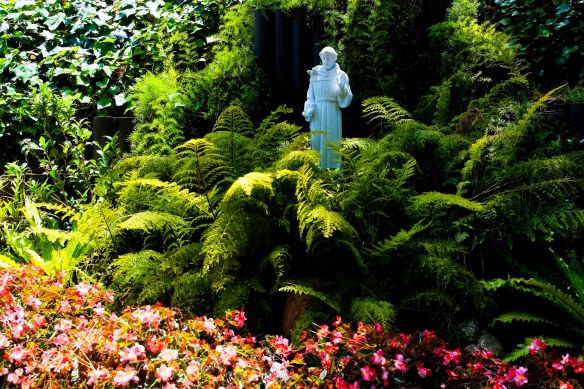 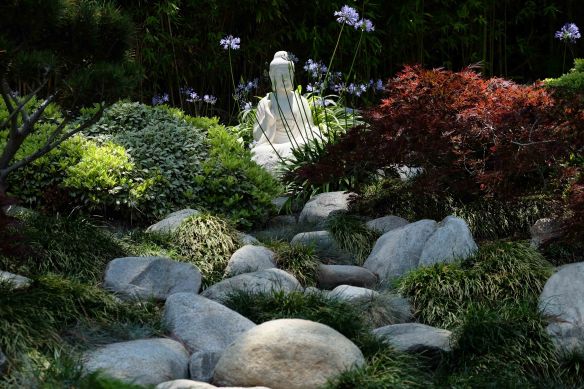 Jennifer and I spent several hours there today.
And it was blissful. 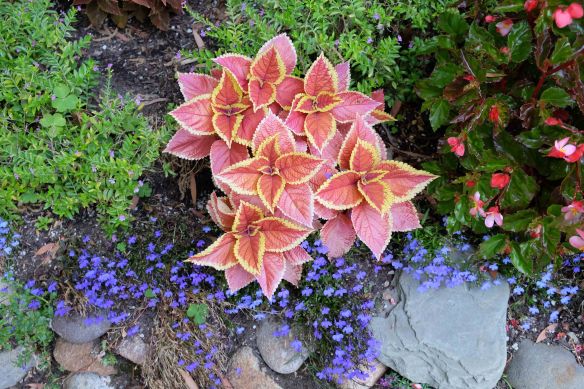 You enter off busy Sunset Boulevard, and immediately you find yourself in tranquility. The complex is situated in a natural amphitheatre, the centrepiece being the lake. Swans and ducks float peacefully across the waters, and overlooking it all is the temple.

We walked up to the temple and went inside. I wasn’t allowed to take photographs, but the temple was simple yet elegant. We sat in straight backed chairs that faced a wall, on which were pictures of various spiritual deities, including Krishna and Jesus Christ.

I began to meditate, and immediately I was told that I had to become a vegetarian. That I could no longer kill animals for food. This was confronting for me.

Jennifer and I sat in the temple meditating for what must have been about half an hour – then we explored the bookshop, which contained many of Yogananda’s works other than his definitive Autobiography of a Yogi. 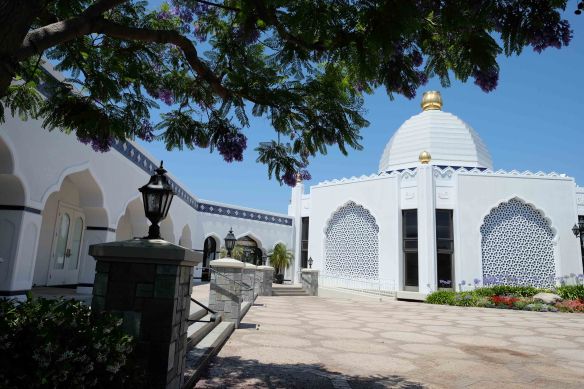 There was a lady on a bench, contemplating. I asked her if I could take her photo and she said yes. We talked for a little while. She said she came here often, to sit and think. 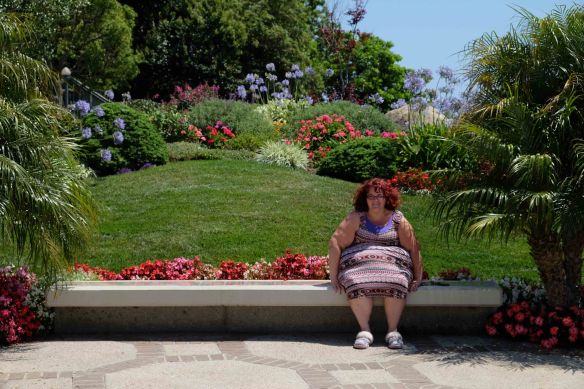 I’ve spent a lot of time in Los Angeles during the thirty odd years I’ve been a filmmaker. I’ve driven along Sunset Boulevard countless times, and noticed the entrance to the Lake Shrine more times than I can remember, yet I’ve never felt the compulsion to stop and take a look inside.

Today I did.
And I found a Saint in the City of Angels.

Oh, and as an aside, I noticed as I was leaving that Yoganada must have been a Swannies supporter. I knew there was a reason I liked this dude…

11 thoughts on “Finding a Saint in the City of Angels”