Mount Shasta, in Northern California, is a place of deep spiritual significance.

Jennifer and I stopped there last night on our way up to Washington State.

From early times Mount Shasta was held sacred by the local Native American tribes. They created myths, prayers, and songs based on their spiritual connection to the majestic mountain, which they believed to be the source of all creation.

Because of the geography of the mountain combined with the surrounding weather conditions, what’s called lenticular or “lens-shaped” clouds often form above it, adding to its mystique. Some claim that the clouds sometimes take the shape of angels, or flying saucers. 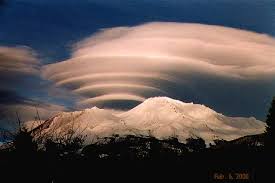 The mountain is perhaps best known by spiritualists as being the place where in 1930, while hiking up the slopes, Guy Ballard met Saint Germain – an Ascended Master. Subsequently writing under the pseudonym of Godfre Ray King, Ballard wrote of the encounter, and of other interactions with Ascended Masters.

The writings were published in a series of books under the “I AM” banner, and have since become seminal works in the pantheon of esoteric literature. 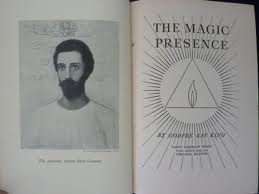 Ascended Masters are believed to be humans who’ve lived in a succession of physical bodies through reincarnation. Over time they’ve became highly advanced souls, breaking their Karmic cycle and achieving “ascension” – becoming immortal.

Jesus Christ is believed to be an Ascended Master. Hence the I AM movement is regarded by some as being a Christian religion.

The Ascended Masters communicate to us through messengers – Guy Ballard being one, as was Madam Blavatsky, who with several others started the Theosophical Society. So, Mount Shasta has a very strong link to the spiritual and the metaphysical. And being there, you can feel it.

We drove in late yesterday and glimpsed the snow-capped mountain through trees. Immediately it had a profound impact on us. It had an energy that was quite palpable. 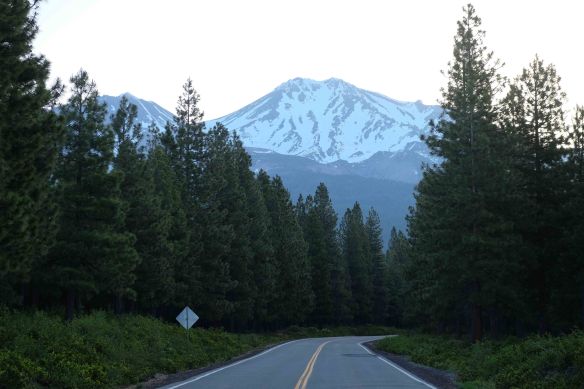 We stayed in Shasta overnight, and early this morning we drove up the mountain. We parked at the trailhead, then walked about a mile and a half following a track that wound up the slope.

The trees were covered in green moss – there was still snow on the ground in patches – and above us the mountain towered. It was truly awe-inspiring. 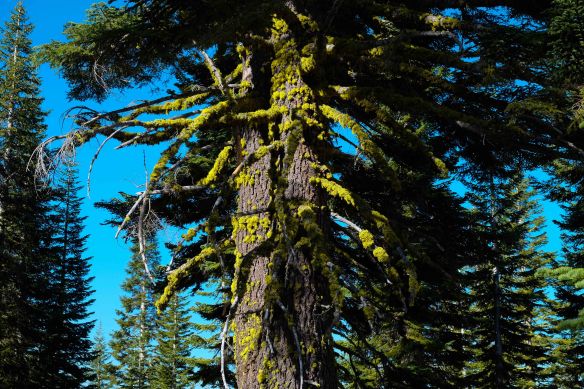 As we drove back to town, we stopped in at the Saint Germain Foundation – they’ve set up an I AM reading room in a small house, but it was closed. I took some photos though – including a portrait of Saint Germain. 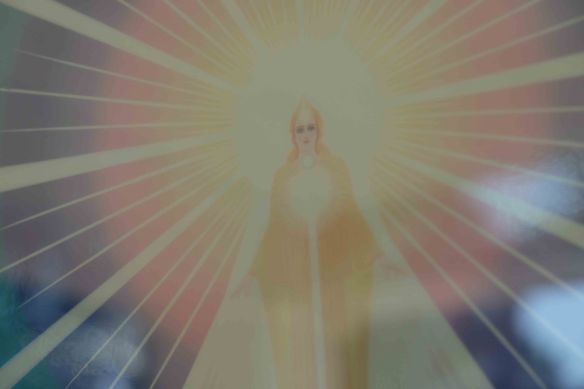 We then went to the local bookstore and spent more than an hour browsing through their vast range of spiritual and esoteric books. Jennifer is far more widely read on these subjects than me.

While she was assembling a pile of books to buy, I went and bought a t-shirt which said:  Mount Shasta – Where Heaven & Earth Meet. 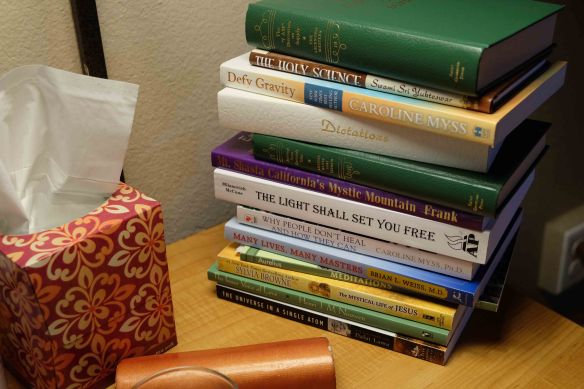