It’s exactly a week until Jennifer and I hop on a plane and fly off to Santiago.

Where has the time gone?

I’m not nearly as prepared physically as I was this time last year.

This time last year I was doing 35km walks with a 12kg backpack. If I tried the same thing now, I’d require a MediVac.

It did this by giving me toothache, giving me pain in my knee (presciently), giving me a chest cold (I NEVER get colds) and generally making me feel lethargic and unmotivated.

This year it’s tooth issues again, my knee is twinging again, I feel on the verge of pneumonia or some form of ailment that will require ICU, and I’m generally lethargic and unmotivated.

But that’s not going to happen, for a bunch of reasons.

Firstly, Jennifer would probably swap the twisties for pellets of rat poison. And secondly, I’m leading a tour. I can’t wimp out. I have to do this walk. I have responsibilities. I can’t not turn up. As weak and pathetic and unprepared as I am, I have to be a leader.

I have some issues.

What am I going to do with my cameras? I want to take two cameras, and I also want to carry my full backpack – so I have to figure out a way that I can do that and not have my knee collapse on me.

I’m running these photo tutorials and I know nothing about photography. These people will discover I’m a fraud. What worries me more though is that they’ll take better photos than me. Which is very likely. I would hate that. More than you would know. I would sulk. I would subsume my anger. I would catch a bus to Rome.

Then there’s the biggest issue of all.

I’m walking with my wife.

I stroll around the block with my wife, but I’ve never walked a long distance with her. We have different biological rhythms. She sleeps in, I get up early. She requires ten hours of sleep, I require five. She sees beauty in flowers, I see beauty in decay and decrepitude. She’s nice, I’m a dick.

She doesn’t care what sort of boots she wears. I’ve gone through ten pairs to get just the right kind for my special feet. She doesn’t know or care what Goretex is. That horrifies me. She could walk halfway across Europe in an Aldi plastic bag. And it wouldn’t bother her. Me? I can’t step outside unless I have Goretex underwear.

These are some of the issues I’m struggling with at the moment.

Oh well, I think I’ll just go take a walk. A nice long walk. Then again, there’s a World Cup game on at the moment on the telly… 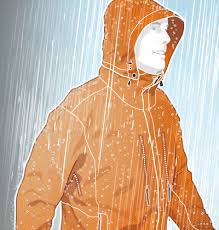 83 thoughts on “One week before I leave!”