I walked 39 kms today to arrive in Santiago.

I arrived with decidedly mixed feelings – no sense of elation, no sense of achievement, no real sense of accomplishment. Not even an anti-climactic feeling.

Just a sense of confusion, really, as to why I've put myself through this.

It hasn't been easy for me. 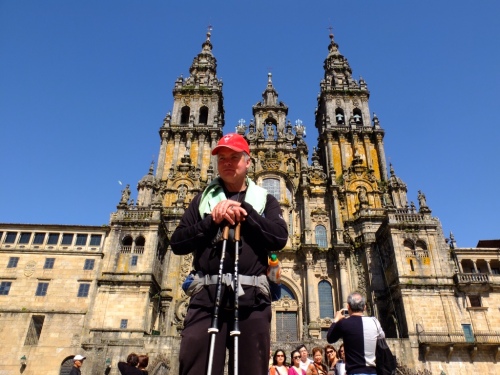 I actually didn't want to arrive. I sat in a bar around the corner from the Cathedral, and stalled. I couldn't bring myself to walk into the square in front of the Cathedral. I had a beer and a plate of chorizo instead.

And I meditated. Perhaps it was because of the exhaustion from the day's walk, or the beer, or the afternoon sunlight, but I quickly slipped into a deep meditation.

I was asking why did I do this pilgrimage.

And nothing came back.

So I got up, paid the bill, walked around the corner into the square, had my photo taken, and walked into the Cathedral.

Let's start at the beginning of the day. 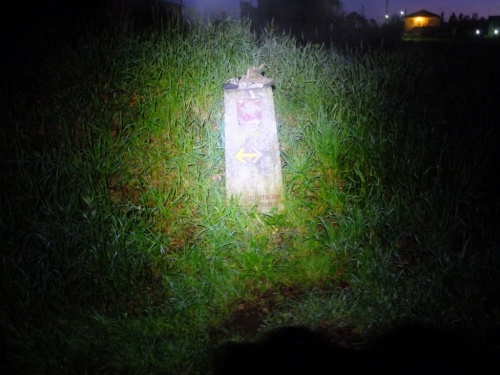 I left Arzua at 6am, and possibly because of the early start, I had three hours of beautiful walking without seeing anyone else on the track. It was a glorious day – blue skies, soft sunlight, and a cooling breeze.

In the dark though, before the sun came up, I got lost. I got to an intersection and for the life of me I couldn't find a marker showing which way to go.

And then I saw some horse dung on one of the tracks. It must have been from the Brazilian riders yesterday. So their horse shit became my yellow arrows! 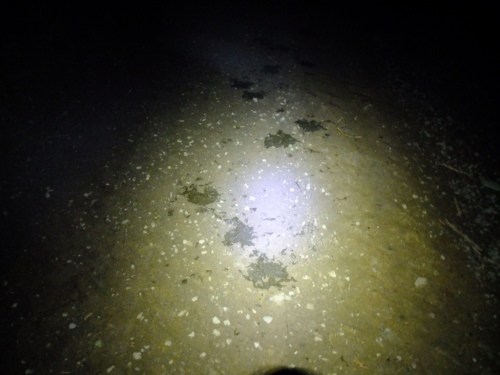 I had breakfast at 9am after I'd walked 12 kms – fried eggs and ham. With painkillers. My knee had been giving me problems. The previous afternoon, walking into Arzua, it suddenly got so painful I had to slow down to a crawl.

What is it with the Camino?

I thought I'd gotten over my knee problems, and soon as Santiago is within spitting distance, the knee decides to throw a spaz. (Sorry, politically incorrect, but you get the picture,)

So this morning I drugged myself up good and proper, I put on my Voltaren cream and elasticised knee bandage, and I walked tentatively. Even so by 9am it was hurting.

So I did what I've done with all my medical/injury issues on this pilgrimage – I ignored it. I just walked through it. Nothing was going to stop me getting to Santiago today.

And a strange thing happened – the pain went away. Or at least, it retreated to a position of tolerability. So too the blisters which had emerged. They too were painful, but I put my thoughts elsewhere, and they didn't bother me. 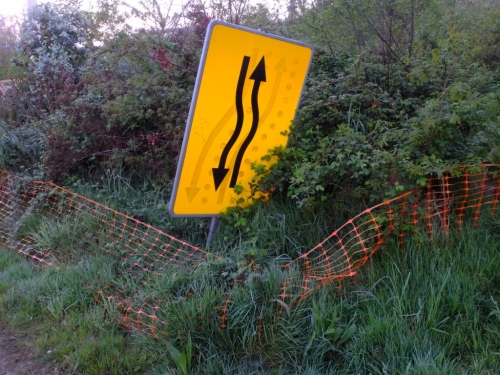 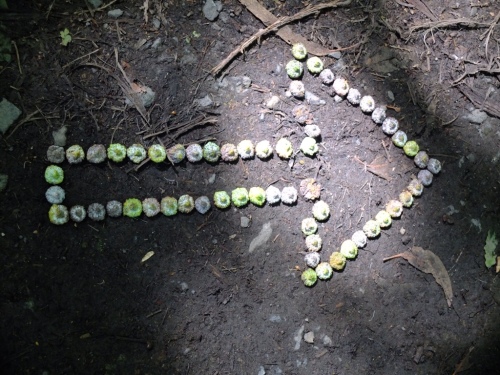 I was expecting today, on the last stage into Santiago, to be full of crowds, but I saw very few people the whole day. I saw Bob and Joan again, who were powering through the day. (I've discovered that they are marathon runners, which explains their extraordinary level of fitness and stamina.) 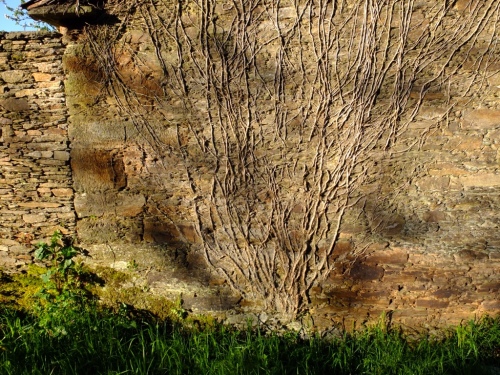 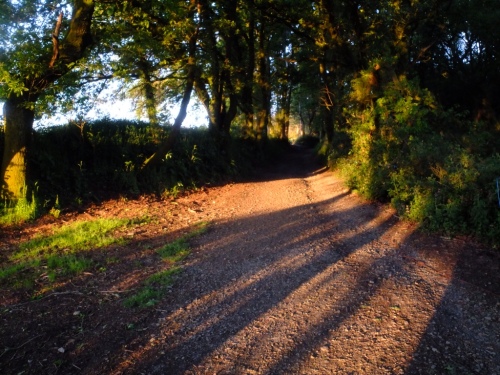 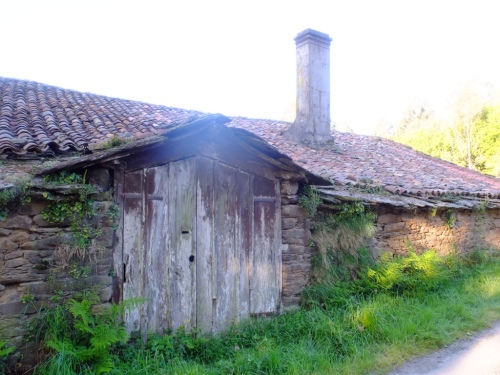 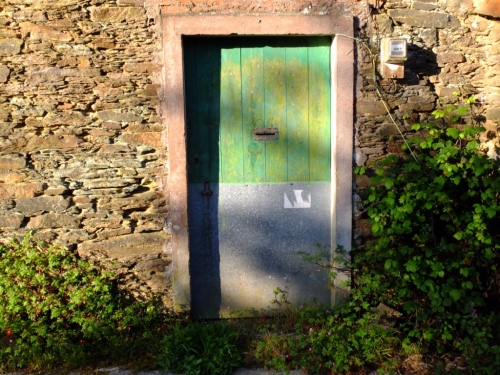 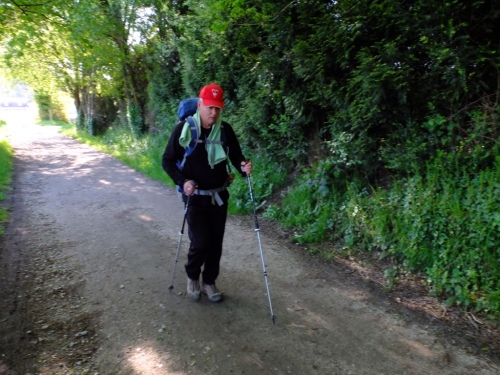 And I saw Lazlo too, who has to be one of the sweetest kindest men I've met.

Bob and Joan left me spluttering in their dust, and I kicked on from Lazlo. Such is the brutality of the Camino. 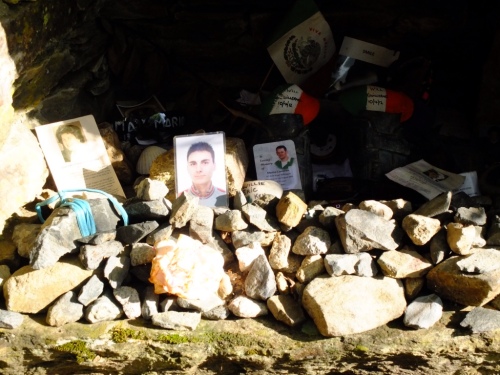 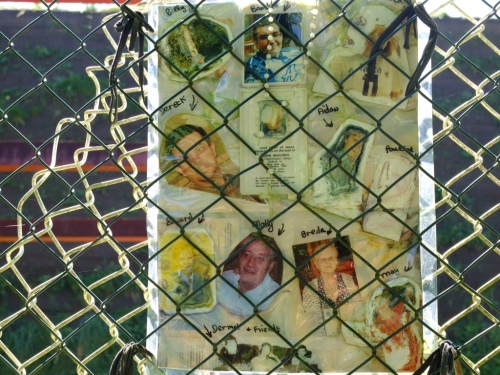 I wasn't moving particularly fast though – I was stopping and taking photos whenever they presented themselves, and I think on a deeper level I was going slow because I didn't want the day to end.

I didn't want to arrive in Santiago.

About 8 kms out I was flagging, not having had lunch other than two Coke Zeros, when I came upon two young Irish girls, Sinead and Kate. They had a week off work, and they'd decided to spend that week walking the Camino. They were very funny and very sweet, and they kept me amused until we reached the outskirts of Santiago.

Then I let them go on ahead because I wanted to walk into Santiago by myself. I wanted to think about all of those pilgrims who'd come before me, and of the significance of what they, and I, had done.

I walked past this group of pilgrims sitting in the sun in an outside cafe. I passed them saying G'day as I do. (I refuse to say the requisite Buen Camino. I always say G'day mate instead. )

Anyway, this bloke jumped up out of his chair and chased me, and pulled me up and said You're Australian. He was an Aussie too, and he was leading a group that had started in Leon.

We swapped some Sydney Swans banter, and by this stage, a few others from his party had come over and joined us.

He asked me where I'd started from, and I told him St. Jean Pied de Port, and this was my 31st day on the Camino.

They all looked at me, impressed, and the bloke said very sincerely: Mate, I've got so much respect for you.

It wasn't long after that I hunkered down in that bar around the corner from the Cathedral and meditated, trying to make sense of it all.

Fact is, what I've done is no big deal.

Later when I went to get my Compostela, the lady who was supervising said that today, 850 pilgrims would get their piece of paper. Tomorrow, she said, it would be between 1,000 – 1,200. And this is shoulder season! What will it be like in July and August, the most popular months… 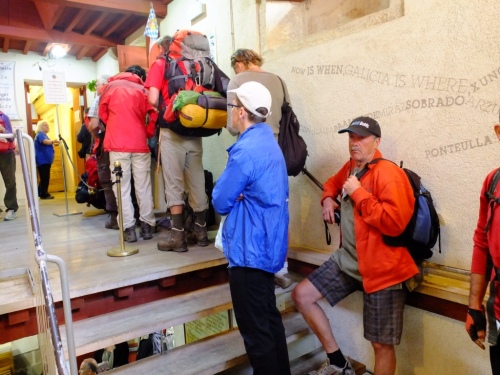 Now, admittedly a good many getting their Compostela today will have done the minimum distance of 100 kms, but even so that's a hell of a lot of people walking this ancient path.

That's a big shift of energy.

I haven't done this walk to challenge myself. I haven't done it to work out any existential questions. I'm not groping for meaning in my life.

And yet there's no doubt this walk has changed me. It's had a profound effect on me. I'll go into that stuff more in later posts, but yes, the Camino has worked some subtle spiritual magic on me.

I talked to my beautiful wife on the phone about 10kms out of Santiago. We talk each day before she goes to bed in Mudgee. And for no real reason, I broke down and cried and cried. I don't know why. And yet later when I walked into the square in front of the Cathedral I felt nothing. Other than my sore knee.

I've yet to make sense of all of this.

And I don't know what I'll do tomorrow when I don't have to walk. 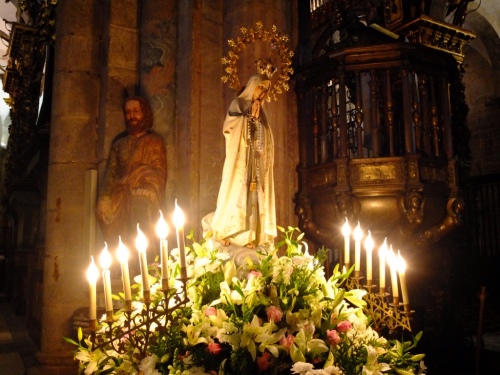