We’re at war.
We’re under attack in a way that we’ve never seen before, not in our lifetime.
And like any war, we don’t know when it’s going to end.

Unlike any other war though, we don’t know who our enemy is.

All we know is that people are getting sick, people are dying in the most horrendous ways, we know that it’s spreading exponentially, and we know we don’t yet have a cure.

Perhaps I shouldn’t be using a war analogy though because in wartime, we have generals and admirals and commanders that have battle plans and, right or wrong, they put those plans into action decisively and immediately.

Our governments have denied and dithered and they have let us down. Where are the Churchills or the MacArthurs or the Eisenhowers of old? These are the kind of leaders we need in a time of war. Our leaders have revealed themselves to be woefully inadequate to the monumental task of winning this battle. History will judge them accordingly.

These are historic times. And we are fighting for our lives. We are fighting for our survival. If not physically, then financially, and spiritually. Many in this time of crisis are questioning their faith. They’re asking: How can an all-loving, all-compassionate God do this to us That’s a bloody good question, and a valid one to ask. This little bug is bringing us to our knees in every way imaginable.

When our leaders let us down, what can we do? In times of war, the first thing you need is to find out what the fuck is going on. You need to find out as much as you can about your enemy, how it operates, what are its means of attack, what are its likely movements.

These are extraordinary times. Everything we thought we knew is being reconfigured, rewritten, broken down and will be re-formed anew. This is not a time to be frightened. This is a time to be calm, cool-headed, generous in spirit, and it’s a time to be intuitive. Because faced with a choice, your intuition will guide you towards the best outcome.

Personally, I watch in awe at a world undergoing tectonic change. This little bug, this noxious piece of malignant genetic coding, is forcing us to ask ourselves: What’s really important?

For me, what’s really important is love.
That’s all.
Love. 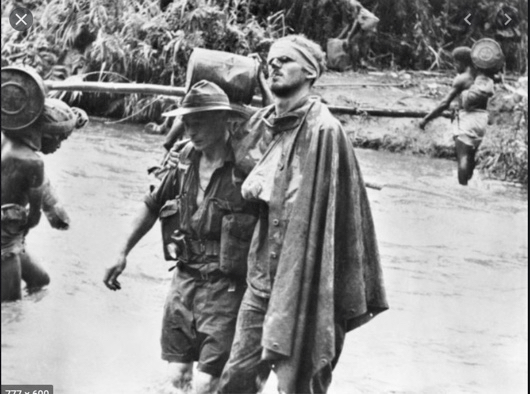