Today we went our separate ways.

It was a fabulous group of people, including Ivan the Terrible and his Beautiful Wife Giovanna – and for a very brief time, Sigrid and her husband Roland. Sigrid is a die-hard pilgrim, and it was wonderful to catch up with her again.

Meeting and getting to know Patty Talbot has been a true highlight for Jen and me as well.

She is a remarkable lady – she has a sharp intellect and an even sharper sense of humour. She creaked us up many a time. I look forward to her coming to Australia, so that I can show her once and for all that Drop Bears are in fact real, and will suck out your brains.

Also, for someone who claims she did no training for this tour, she did amazingly well over some of the steepest terrain. She nailed a few long days, which on this walk was no mean feat. I hope we stay in touch…

So this morning, Jennifer and I woke up early and went up to the Basilica one last time – 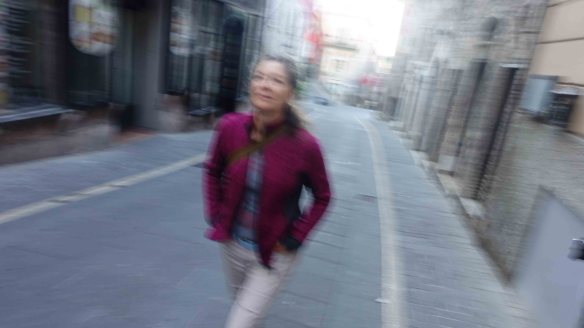 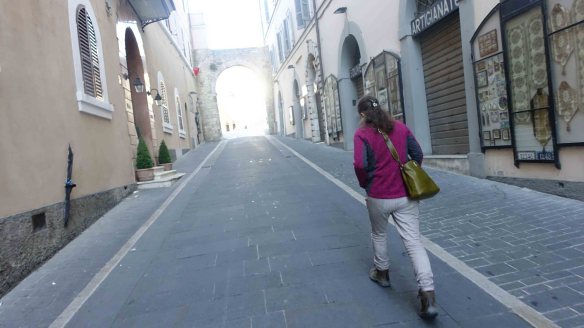 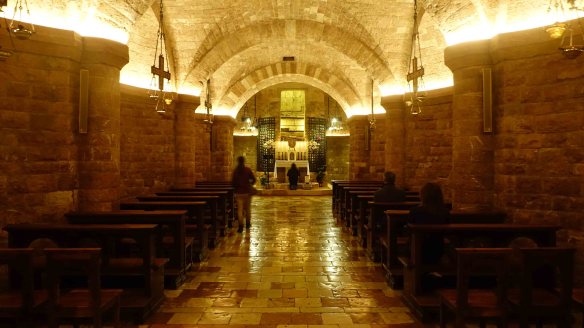 I took too many photos of Jennifer and she tried to kick me – which I didn’t think was very pilgrim-esque, nor appropriate behaviour for where we were…

We said goodbye to Patty, who took a cab to the train station to head back to Pisa, then home to the UK – then we loaded up the small rental and piled in – Jennifer and Marie in the back, in between luggage – 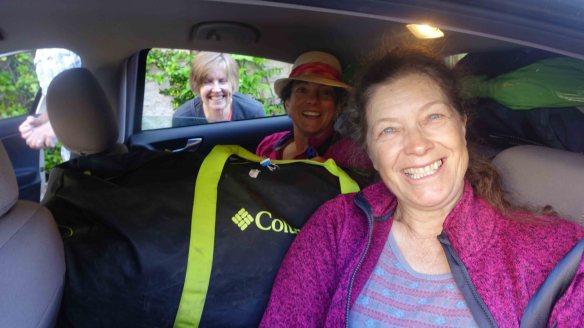 Me driving and Pete in the front beside. Ken and Angie waved us off – 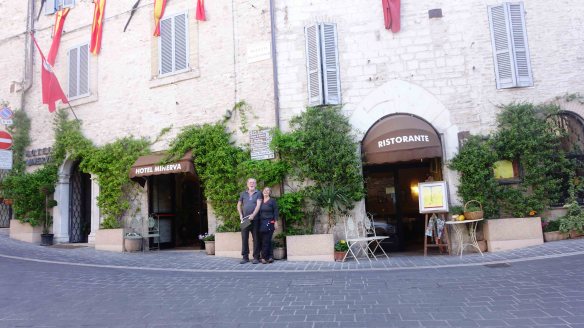 We then whizzed down to Rome, where we dropped Peter off at the airport, which was sad too. Peter has been a strong and steadying figure throughout the walk – and a huge amount of fun too. Over the past two weeks we’ve shared many a laugh – in fact I’ve shared many a laugh with Ken and Angie too, and Patty, and Marie, and Ivan and Giovanna – bloody hell, it’s actually been a very funny tour. 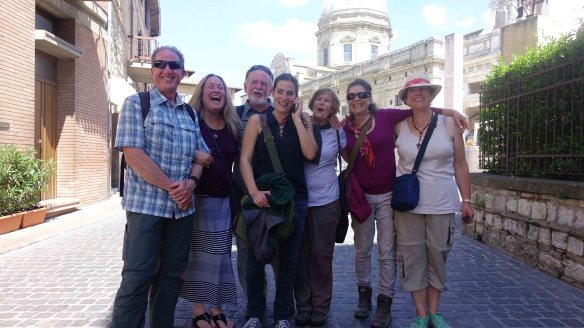 I forgot to mention, we got our Via di Francesco Compostelas yesterday. That was very cool… 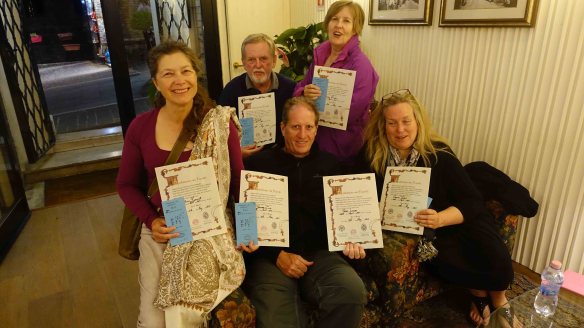 I’ll finish off this blog bow with a series of photos I took of Marie last night.

Marie had asked that we bring her an insect net from Australia, because often she walks and has problems with bugs. She had seen someone wearing an insect net in one of the posts I’d done from Uluru – and asked if we could get her one.

I’m not sure which is the scarier… 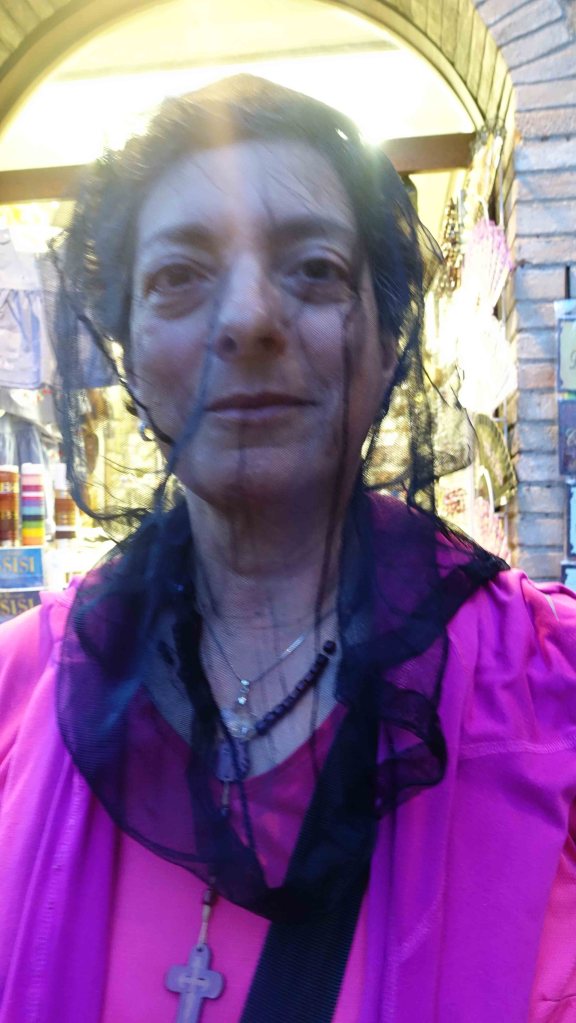 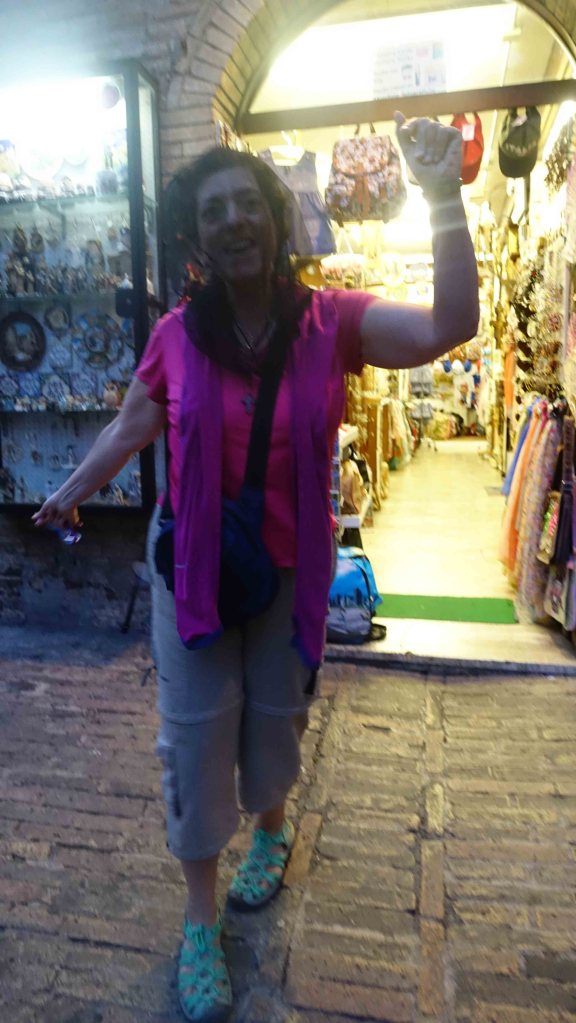