Here is Jennifer’s view on how things unfolded in Dallas –

The truth to be told is one of wonder.

The wonder that we 3 were bold enough to go to Dallas – myself, Bill and our friend Rachit, whose companionship and unique humanitarianism was itself a great gift.

That we were bold enough to stay in the Cheap Motel!

That we were bold enough to allow the “Cosmic Rays” to teach us new lessons.

These lessons have enriched Bill and myself beyond any financial rewards. We learnt to be thankful each day for all that was given to us.

And we were given so much!

On the 4th day we met the amazing Vedic Astrologer Joni and her husband Daniel, and we were swept up into their arms as if they’d always been our friends.

That in itself was so extraordinary that there was no doubting that the decision to come to Dallas had been the right one.

To learn to surrender to the Divine Order of things was a great wonder.

To see Bill expand his sense of self beyond his physical boundaries.

To see him be bold enough to allow himself to believe that another person could be an angel.

Was she an angel?

He asked me the question and I found that extraordinary – that he would ask! Normally he would have dismissed the lady as being unstable. But Bill was genuinely enquiring as to whether I thought she was an angel.

He thought she was.

My suggesting to him that he say his mantra to put himself back to sleep – Herman Melville’s quote: The path to my fixed purpose is laid with iron rails whereon my soul is grooved to run – and then his shock at seeing 2 light trails – like two energetic rail tracks – on the ceiling above his head.

I had to remind him he wasn’t in a horror movie but rather a crazy Cosmic Ray love story where he was allowing something grander than himself to be his guide.

Each day was a new revelation.

All 15 days brought us opportunities to grow and expand ourselves.

Who would have thought that Dallas would lead us to so many intensely spiritual people who were ready to enlarge our world view, to accept us and care for us with such generosity of spirit, and to leave us rich beyond dreams.

I would go back to Dallas in a heartbeat. There’s no denying that there’s something very special there for Bill and me.

That someone can change in 15 days is remarkable. There’s no doubt the Texas Cosmic Rays Experiment activated within Bill a discovery / a realisation that he is not just a physical body but a much grander being connected to powers beyond our understanding. 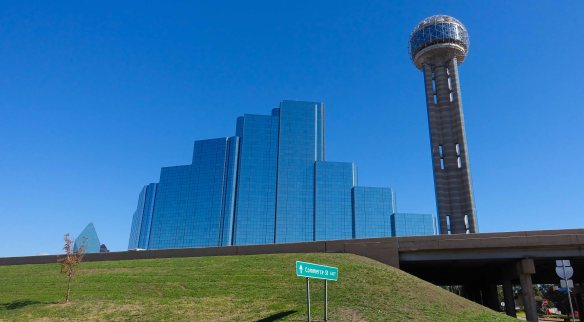 4 thoughts on “Dallas – review by Jennifer”