Yesterday was again flat out.

Jennifer and I were musing at the end of the day that here we are in one of the most magnificent cities in the world – Florence – and we’ve had no time for sightseeing. No popping into the Uffizi for a squiz at some Botticelli – we haven’t even had a chance to go into the Duomo. 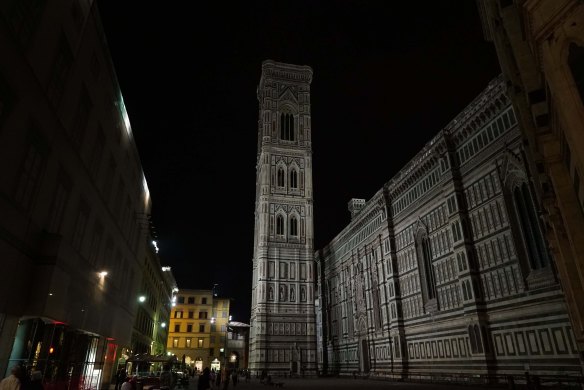 We’re here to work – to film – and yesterday gave us another couple of little gems.

First we went to Florence’s oldest bookstore – only 50 meters from the Duomo in fact, and a store that’s been in existence for centuries. Our purpose there was to film a sequence of me researching ancient texts – and the bookstore certainly provided some wonderful visual opportunities.

It was a store that dealt specifically in antiquated books – books hundreds of years old. And it had shelf upon musty shelf of books with cracked leather covers and parchment paper that took you back to medieval and ancient times.

While shooting the sequence I got to talking to the owner of the store – the store has been in his family for six generations – and he began to talk about intuition in wonderfully literate terms.

He talked about “signs,” what he called “hidden” signs that were all around you, should you be prepared to look for them. And even though we were already running late for the next interview, I decided to get his views on camera.

And he was wonderful.

Articulate, sensitive, and wise – he spoke with eloquence about intuition manifesting as signs, which because we live in confusion most of our lives, we fail to see them.

We then quickly packed up and walked about a kilometre across to another piazza, where we met an esteemed theologian – a Emeritus Professor of Theology – who was a wonderfully colourful character.

Tall, imposing, dressed in a black suit with a white unbuttoned shirt; long scraggly white hair, white beard, and academic spectacles, he looked exactly like a Florentine theologian should look.

His interview again was fascinating – and what was interesting about it is that in many ways it connected with what some of the Hindu spiritualists had said in India. The professor spoke about the Holy Spirit, but not in rigid Christian terms, rather in a more open way about the cosmos – his word – and consciousness.

I’ve been expecting the Italian interviews to be more hard-line – more obviously Christian – but it’s proving not to be the case. There seems to be a more “modern” sensibility coming through.

However we go to Rome on Monday, and I’m interviewing someone from Opus Dei, so we’ll see what he has to say!

Just a note: remember that I made the decision to do this film after waking up from a dream at 4:44am? At the time I regarded that as a very real sign that I had to get on with it.  And consequently I booked my flight to India to depart on the 4th of September.

Well, this might sound crazy but it seems that on this trip – both in India and now in Italy – we’re constantly being given rooms with the number 4 in it – such as Room 414. 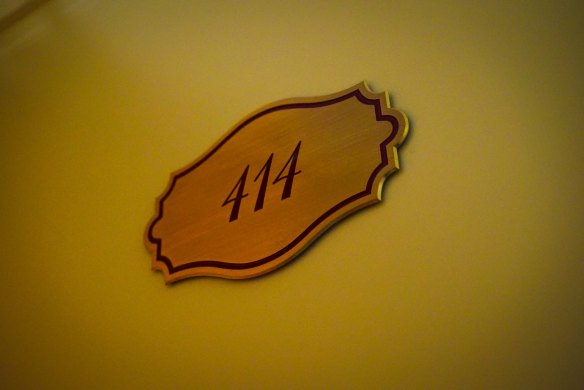