Time to be a Pilgrim

It seems that each time I return to the Camino, the extremes of the Pilgrim customs grow further and further away from each other.

The stark conditions of the ’93 and ’94 Camino, where everyone, rich or poor (except the very richest), would walk and sleep in the same circumstances — either you walked every step, or you could forget about a place in the Refugio, and anyone who broke those rules was a false pilgrim, that the Hostels down the line would be warned of –

And the Hostels themselves were most often converted barns, sties, or one-room houses, often with dirt floors, simply fitted with some bunk beds, a cold shower and WC, and a tiny desk and chair for the Hospitalero.

I can remember in ’93 that my first hot shower on the Camino was about 3 days before Santiago.

Sure, there were a few places to stay along the way that provided better comfort, usually religious establishments, but these were the exception not the rule, and they were still quite Spartan compared to even the bare minimum that people expect nowadays.

What was gained, though, in those conditions was amazing — as even the deepest and most firmly defined social differences between any and every Pilgrim simply could not exist on the Camino as it existed then.

Millionaire or unemployed, University man or manual labourer, devout Catholic or vague agnostic, we were all the same in the harshness of the Path and the starkness of the Pilgrim life.

Yes, some people did sometimes take a bus, and the pack transport services were already in their infancy, but barring illness and such, the only distinctions between the True and the False pilgrims involved either using or shunning those services, or having a motor vehicle backup.

The current creature comforts and their easy availability are of course not bad in themselves, but they have contributed greatly to turning far too much of the Camino into the Tourigrino Way.

The Camino is now inhabited by a certain type of cash-conscious bourgeois bien-pensants that have zero comprehension of even the basics of the spiritual Journey towards the Apostle and towards the Church and towards God, nor otherwise of any other of the various deeper reasons and spirituality of the Way.

But the Camino remains, ever true to itself and to each Pilgrim, denying any claims of ownership upon it, and any attempt to place a cash value on Pilgrimage. 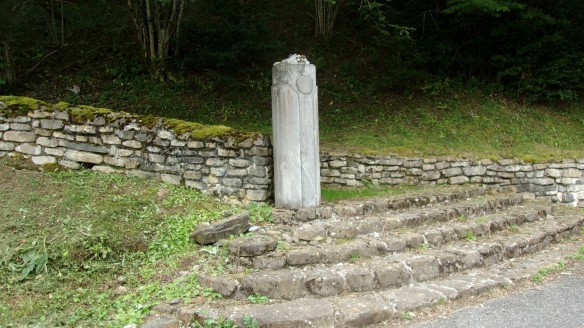