I was on my walk the other morning and I heard someone calling out to me.

I turned to see that it was a lovely lady who lives nearby. My wife and I have known her for years, and the previous weekend she’d invited us to her house, along with some friends, for dinner.

The woman’s name is Lesley, she used to own one of the top wineries in the district, and  she’s a wonderful cook. As we walked into her beautiful house on the river in Mudgee, odours wafted through from the kitchen. She told us proudly that she’d been cooking two shoulders of organic lamb for the past six hours.

Pulled lamb, she called it. Because the flesh would pull away from the bone, due to the slow cooking.

I’ve been vegetarian ever since I got that very strange message while meditating at the Yogananda Self-Realization Temple in Pacific Palisades, Los Angeles. That was two months ago.

The message was clear and immediate: If you’re about to eat meat, look into the eyes of that animal and ask yourself if you feel comfortable killing it for food.

I wrote a blog at the time. Here it is –

Epiphany of a meat-eater.

Ever since that message, I haven’t eaten meat. I’ve eaten seafood now and again, but I’ve had no meat, no chicken or poultry, and certainly no lamb.

But I also love baby lambs.

As I walk around Mudgee, I often see baby lambs frolicking in the paddocks. I couldn’t bring myself to kill one – whether it be for food or for any other reason. I just couldn’t kill a baby lamb.

We sat down for dinner, and I had the lamb. Didn’t say a word. And it was delicious. Lesley suggested I have seconds, and I didn’t say no.

So the other morning when she yelled out to me, I walked over and thanked her once again for the beautiful meal – and mentioned to her that it was the first time I’d eaten meat in two months.

She asked why, and I told her the story of the Yogananda Temple and the message I’d received. She was mortified. She began to apologise profusely.

“You should have told me,” she said. “I would have cooked you something vegetarian.”

I laughed and said it wasn’t a problem. “You’d spent a long time preparing that meal, you’d put a lot of thought and love into it, and I was a guest in your house. The least I could do was appreciate the meal you’d cooked for us all, without any fuss, and thank you gratefully.”

Still she was mortified.

I explained to her that refraining from eating meat was a decision I’d made after receiving that message, but I wasn’t going to be obsessive about it. The message wasn’t Don’t eat meat,” it simply told me to give consideration to the life of the creature that would be killed for my food.

I could argue that the lamb had already been killed for that dinner.

I could also argue that I love eating lamb.

I could also argue that I’m weak and a hypocrite.

But I could argue as well that I’d prefer to live in the real world, a world of moderation, and walk what the Buddhists call the Middle Path.

I haven’t eaten meat since that night. And I have no plans to do so. But if I was presented with a similar scenario, I’d eat what’s put in front of me – without complaint.

And I’d be grateful. 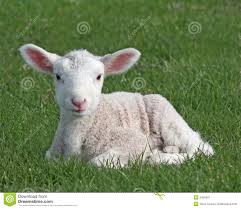