As part of the research I’m doing into intuition, and before Jennifer and I head off to India to begin filming, I came across this piece on Steve Jobs, intuition, and India:

People often talk about how intuitive Apple products are and how Steve Jobs had a powerful sense of  what is natural to people’s emotions. His affiliations to Hinduism and Zen Buddhism are well-known and they are often reflected in the aesthetically minimal products that he allowed to come out of Apple’s production lines.

In his teenage years, young Steve travelled to India in search of a spiritual guru, only to find out upon his arrival that the guru he sought had died. Without money, the starving teenager walked to many remote spiritual places in the northern states of India, where he learned something about intuition.

“Coming back to America was, for me, much more of a cultural shock than going to India.  The people in the Indian countryside don’t use their intellect like we do, they use their intuition instead, and their intuition is far more developed than in the rest of the world.  Intuition is a very powerful thing, more powerful than intellect, in my opinion.  That’s had a big impact on my work.

Western rational thought is not an innate human characteristic; it is learned and it is a great achievement of Western civilization. In the villages of India, they never learned it. They learned something else which is in some ways just as valuable, but in other ways is not. That’s the power of intuition and experiential wisdom.

Coming back after seven months in Indian villages, I saw the craziness of the western world and its capacity for rational thought. If you just sit and observe, you will see how restless your mind is. If you try to calm it, it only makes it worse, but over time it does calm, and when it does, there’s room to hear more subtle things – that’s when your intuition starts to blossom and you start to see things more clearly and be in the present more. Your mind just slows down, and you see a tremendous expanse in the moment.  You see so much more than you could see before. It’s a discipline; you have to practice it.

Zen has been a deep influence in my life ever since. At one point I was thinking of going to Japan and trying to get into the Eihei-Ji monastery but my spiritual advisor urged me to stay here. He said there is nothing over there that isn’t here, and he was right. I learned the truth of the Zen saying that if you are willing to travel around the world to meet a teacher, one will appear next door.” – Steve Jobs

It is a telling quote from a man who was so famously adamant about what is and what is not right for products that would be shipped to millions around the world. While so many companies strived to design for the lowest common denominator, Apple always had one choice to make – Did Steve Jobs like it ?

Only with a clear understanding of his own mind and the confidence that his intuition will lead him to the right answers, he was able to command such compliance from his company men and deliver such massive successes.

This explains his seemingly magical power: 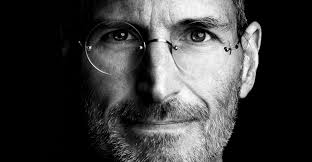