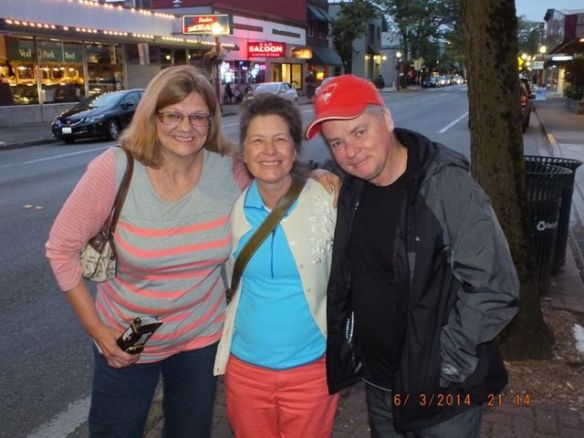 In November of 2012, for lack of a more desired movie, we watched “The Way”. Twenty minutes into it, we knew we would walk the Camino.

I joined Ivar’s forum to do research on our then upcoming Aug/Sept 2013 Camino and ran across some guy’s “Thoughts of my first ten days on the Camino”. It was Bill. His writing was so engaging that I started following him and looked forward to the daily posts.

Soon we were to learn that Bill was writing a book. When we came back from the Camino I bought his book and we both thoroughly enjoyed it At times it was hilarious and at others you felt his pain.

Next he decided to lead a tour. Dale and I would have loved to have been a part of the Portuguese Tour but couldn’t do another so soon after the first Camino. We had to do the tour through the posts of those able to go.

Over the last twelve months through the bantering and posts, I’ve grown to feel like we are family.

It was so exciting finding out THEY were coming to the USA.  I’d discovered that Bill likes the works of the director, David Lynch and that the series “Twin Peaks” was one of his favorites. Was hoping I had to a chance to meet them as the series was shot about 30 minutes drive from my home.

One of the well known comments of the series was about having “cherry pie and a damn good cup of coffee.” Turns out Bill wanted to have dinner at that diner and we were going to get to meet him and Jen.

When you walk the Camino, you don’t know if the Camino family you make (those you walk with off and on) are rich or poor, famous or regular Joes. The heads of what I have now been considering my Camino family are a renowned  actress and a famous director/producer/writer. What was I thinking!

We had been “talking” for over a year, albeit on the internet, and I felt they were family. The closer it got the more excited I was getting and posted so. Steve jokingly told me not to get too excited and not to make Bill’s head any bigger than it was.

Also I remember Bill saying something about someone might be thinking Bill was full of himself or something on that order. Could I be wrong about them? We were to meet them at 6:30 at the diner. As they approached I knew my PGS was right. They are both the most down to earth, genuine people. 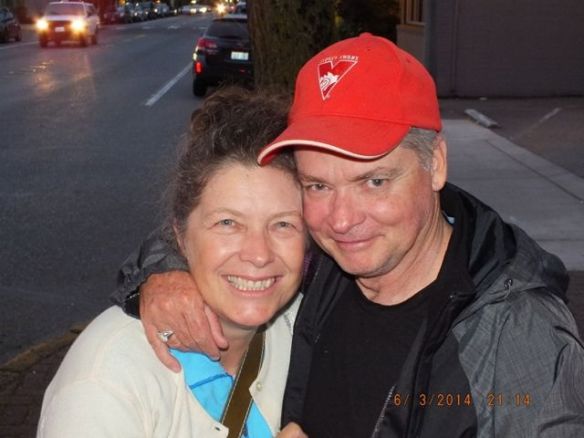 Jennifer has the most beautiful infectious smile. Over the next 27 hours there was much food, laughter and wine. 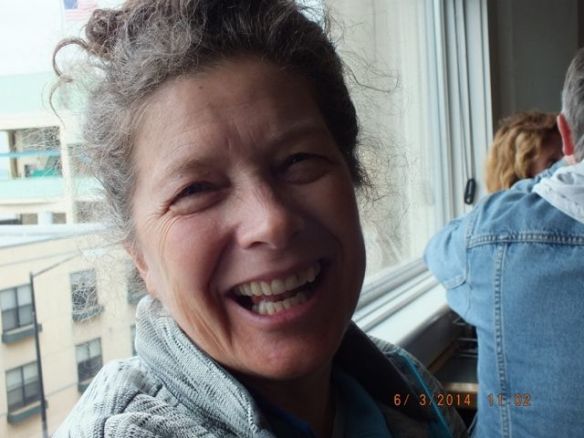 We were nearly kicked out of two restaurants. The diner is still a diner but will always be the “Twin Peaks diner with cherry pie and a damn good cup of coffee.”

As someone in Spain once told us “the coffee in America is like dishwater”. The coffee in the diner is good to Americans but to the rest of the world – very weak. At 8:30 they told us the diner closed at 8PM. Hint! Hint! Leave!

We walked down to the next bar and enjoyed a couple bottles of wine. We decided to meet the next morning at the original Starbucks in downtown Seattle.

Upon arriving, Dale’s PGS must have been working as we got a parking spot right across from the Starbucks. Very unusual to find parking, much less free parking. We worried for awhile that it might not be a parking spot. Bill paid $29 for two hours of parking.

We then enjoyed Starbucks and walking through Pike Place market. We had breakfast overlooking Puget Sound, saw the famous fish throwing, Rachel the pig, and saw one of my favorite Mariner baseball players (Jay Buhner) being interviewed.

Bill had his first beef jerky, ever. It was then decided we would drive back to Snoqualmie and see the Falls.

Bill’s PGS was working strong and he got the best parking spot. After seeing the Falls from the top we then walked down to the bottom for a good view upwards. The problem there is you have to climb back up.

Needed a drink so after passing on the Lodge which has been remodeled since it’s use on the tv show and no longer has good vibes, we went to a little hole in the wall bar in downtown Snoqualmie.

After a drink it was decided we would have barbecue and ribs in Issaquah for dinner. We learned a lot about Australia  and about PGS, the film during dinner. It is said that Pilgrims have a glow about them. Bill and Jen have a glow about them that I think has been there for 30+ years. They truly are a delightful couple.

Soon the restaurant was stacking chairs and sweeping up. Hint! Hint! Leave!

The 27 hours we spent eating, drinking, talking, drinking, sightseeing, drinking and hiking were some of the most fun and enjoyable times ever. The world needs the PGS film and the best person to bring it to us is Bill. For anyone with the means to support the film, you won’t be sorry.

I know we’ll be seeing each other again soon.