As I’ve said here before, in amongst everything else I’m currently doing, I’m writing the book of the film, PGS – Intuition is your Personal Guidance System.

Those of you who have seen the film know that I go through the five steps of how to tap into your intuition, and one of those steps is that you have to ask.

I started writing at 5am, and by about 9am I’d written about 1200 words, and figured I’d done enough. I began to get on with the rest of my day. This morning I had a series of Skype calls to the US, and one was with a lady who wants to set up a few screenings around where she lives.

We chatted for a good while and as we were finishing up the call, she said she wanted to tell me about an experience that she’d had just recently with her eleven year old son, named Howie. Howie had been to a screening of PGS with her mom, and had been captivated by some of the ideas the movie had thrown up.

Later that night at home Howie asked his mother whether he could get a sign from God to show him that the stuff in the film was real.

His mother said: Sure, all you have to do is ask.

She suggested that he should go inside himself, find a quiet place there, and ask; then find a book and flick through and randomly settle on a page, on a section of a page, and read it and see if it tells him anything of significance. See if it could be interpreted as a sign.

So Howie did just that. He picked up a comic book that he’d been reading, sat down and began to flick through the pages.

He closed his eyes, found a still place inside himself, asked, then stopped at a page and opened his eyes. What he saw, there in the comic book, was a picture of a young man wearing headphones talking to God.

Howie and his mom were gobsmacked.

Howie laughed, and asked his mother whether he should do it again. She told him he should ask. So Howie went inside himself again, asked, and was told that it wasn’t necessary. Once was enough.

So the mother is telling me this story on Skype, and then she calls out and Howie comes from another room and stands beside her and tells me the story again, just as his mother had done. This is an eleven year old boy.

The mother had chosen to tell me this story just as I had finished writing the section on ASK. She didn’t know I’d been writing – she had no clue – this was the first time we’d ever chatted.

But the way I see it, Spirit felt that I needed to hear this story – a story about asking – so that I could put it into the book, just as I’m writing the section on ASK.

Coincidence, you might say?
Remember what James Van Praagh says about coincidence – 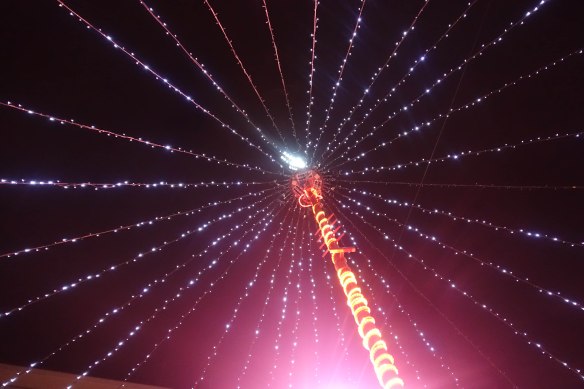