Travelling sometimes delivers you disappointments of a monumental nature.

Today was just such an occasion.

The Wobbly Boot Hotel at Boggabilla no longer has rooms for the night. Nor does it do dinners or lunch. It was a devastating blow. 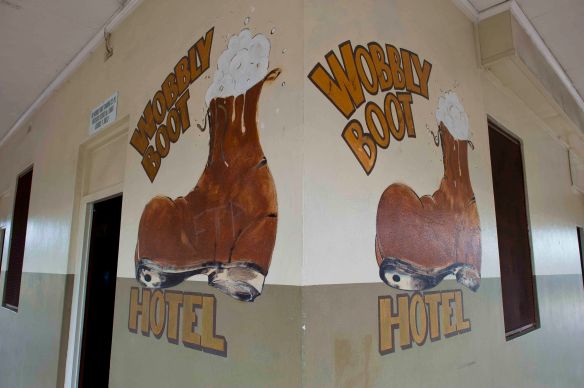 So we had two choices – drive through to Goondiwindi and stay in a fancy motel – Goondiwindi being a beautiful and large town by a gorgeous river – or we could tough it out in the Boggabilla Motel, which makes an illegal immigrant detention centre look a five star.

We chose the Boggabilla Motel, because it would be an experience we’d not had before – and the little town looked fascinating. Boggabilla is very close to a large aboriginal mission – and the only white faces in the town (other than Jen and myself) were the publican and the cops, who seemed very busy.

We checked into the motel, then walked back up to the Wobbly Boot Hotel and had a drink. The publican was a lovely lady named Paula, who was constantly selling packets of chips and icecreams to the aboriginal children.

She was very sweet to them – and when one girl was short twenty cents on a purchase, she let her have the packet of chips anyway. (I gave the publican the twenty cents after the girl left.)

We then went outside and two cops quickly wandered up, and told us to be careful. They warned us that the aboriginal population would have quickly sized us up, would have known we were at the motel and what room we were staying in – and so we better make sure the room, and the car were both secure.

(I had my big Nikon, and I guess Jen and I both definitely looked like “blow-ins.”)

But what nonsense. Why were the cops immediately trying to instil fear in us? To encourage us to see the aboriginal people as a threat? We subsequently spoke to several aboriginal people and they were delightful – shy, sweet, and definitely not threatening!

(In the course of making movies I’ve spent a lot of time in aboriginal communities and working with aboriginal people – even sleeping on a crocodile infested beach once with some tribal elders up in Arnhem Land.)

Boggabilla is a crossroads for trucks shifting freight from all over the state. There is a constant procession of huge eighteen-wheelers that just never stops. Except to eat. And they all eat at the Shell Roadhouse. So that’s where Jen and I decided to eat, too.

We were invited into the Truck Drivers Only lounge – which consisted of lounge chairs and large screen tvs and dozens of framed photos of trucks on the walls. Dinner for me was a mixed grill – $22. I was asked: What do you want with your mixed grill? Veggies and chips, eggs and chips, or salad and chips?

You can’t have a mixed grill without eggs, so of course I asked for eggs with chips. This is what the meal looked like…

I’m still feeling sick. But it was an experience.

I wandered around town and took some shots – spoke to some aboriginal girls, Aimee and Tessa, who were really sweet. I gave them my email address and told them to contact me if they wanted the shots, and I’d send them to them. 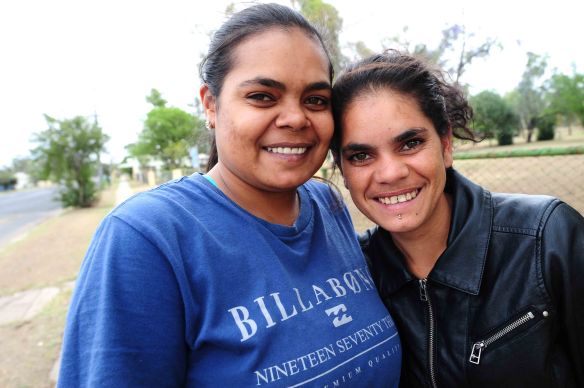 Jen and I then drove out of town a ways then down a dirt road to a bridge, where some people were fishing. Had a good chat with them – found out that yella-belly was the best eating fish to catch, and the cod were delicious too but they were in breeding season, and if you were caught by an inspector with cod this time of the year, you’d be in strife.

People pass through Boggabilla all the time, in a rush to get to Goondiwindi, which is a much more civilised town. We could have done that too, as we’ve done in past years, but post Camino, I wanted to break old habits and dig a little deeper into the life in a small country town.

Dinner at the Shell roadhouse with all the truckers was fabulous, even though the meal itself was way too much, and way too fatty. And chatting to Paula at the Wobbly Boot Hotel was fascinating.

She and her husband have been there for eighteen years, and they stay because they genuinely like the local population – and I have to say just in the short amount of time I was there observing the way she dealt with the aboriginal people, adults and children, I can see why she is popular in town.

I figured that having walked the Camino, why not take what I’ve learnt and apply that to my life here in Australia? 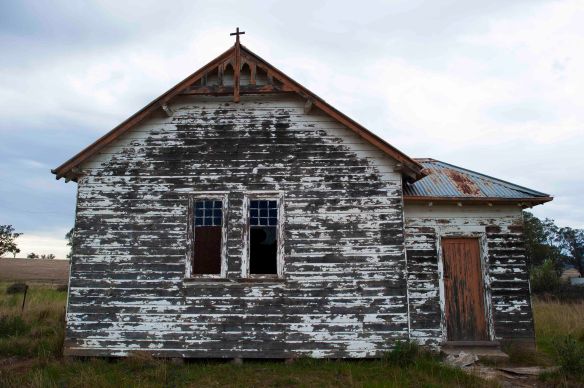